Samantha's discovery is out of this world 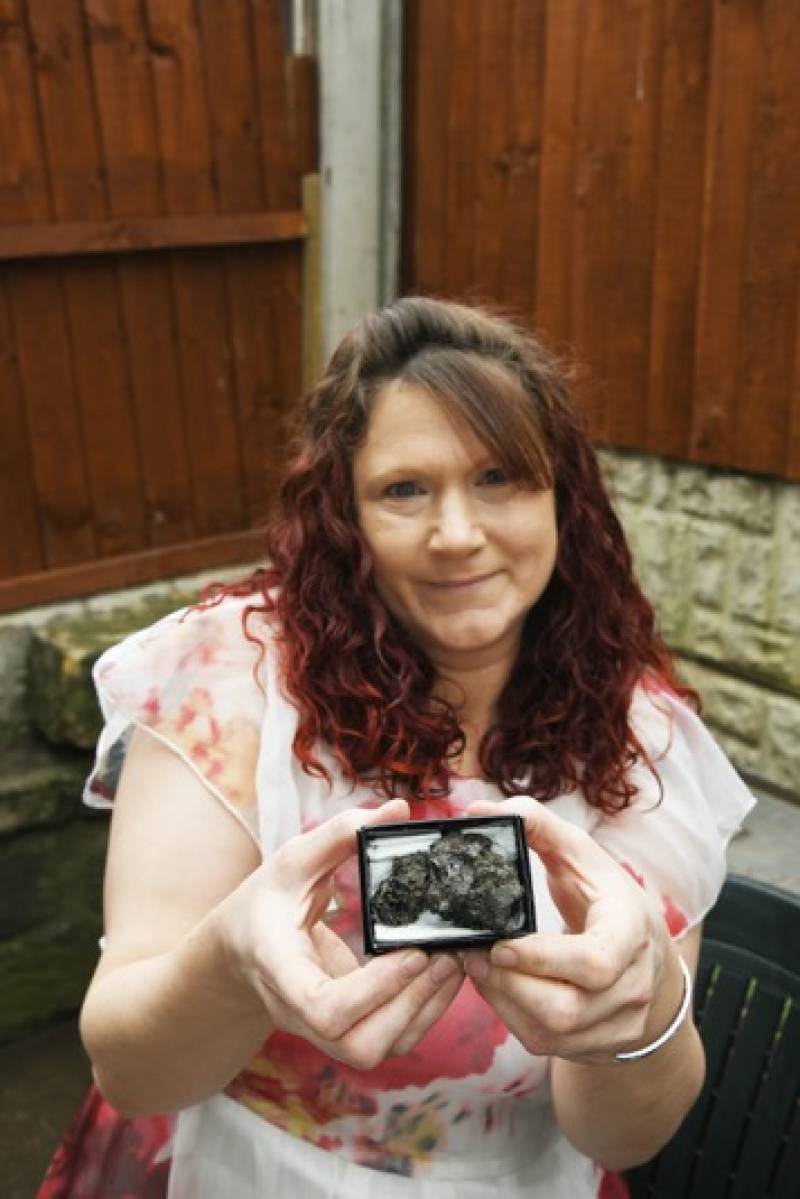 A WORSBROUGH woman has described her shock after finding what she believes to be a piece of a meteor in her garden.

Samantha Wilkinson was in her kitchen in the early hours of Sunday morning, unable to sleep, when she reported seeing a brief flash of light outside her home on Allendale Road.

“I couldn’t sleep so I had gone downstairs for a drink,” said Samantha, 40. “I saw this really bright light and I was confused because I didn’t know what it was.

“On the news the next day they were talking about this meteor that had gone over and I figured that was the light I saw.

“The news also said that pieces from the meteor would fall off as it passed over the planet but I never thought I’d find one in my back garden.”

On Monday, Samantha found a black rock in her garden that she now believes is a piece of the passing meteor.

“It’s jet black and has lots of holes in it,” she added. “I’ve never seen anything like it, it’s quite light as well.

“I never thought that a piece of a meteor would land in my garden in Worsbrough but here we are.”