Sarah has shown she's the pick of the bunch 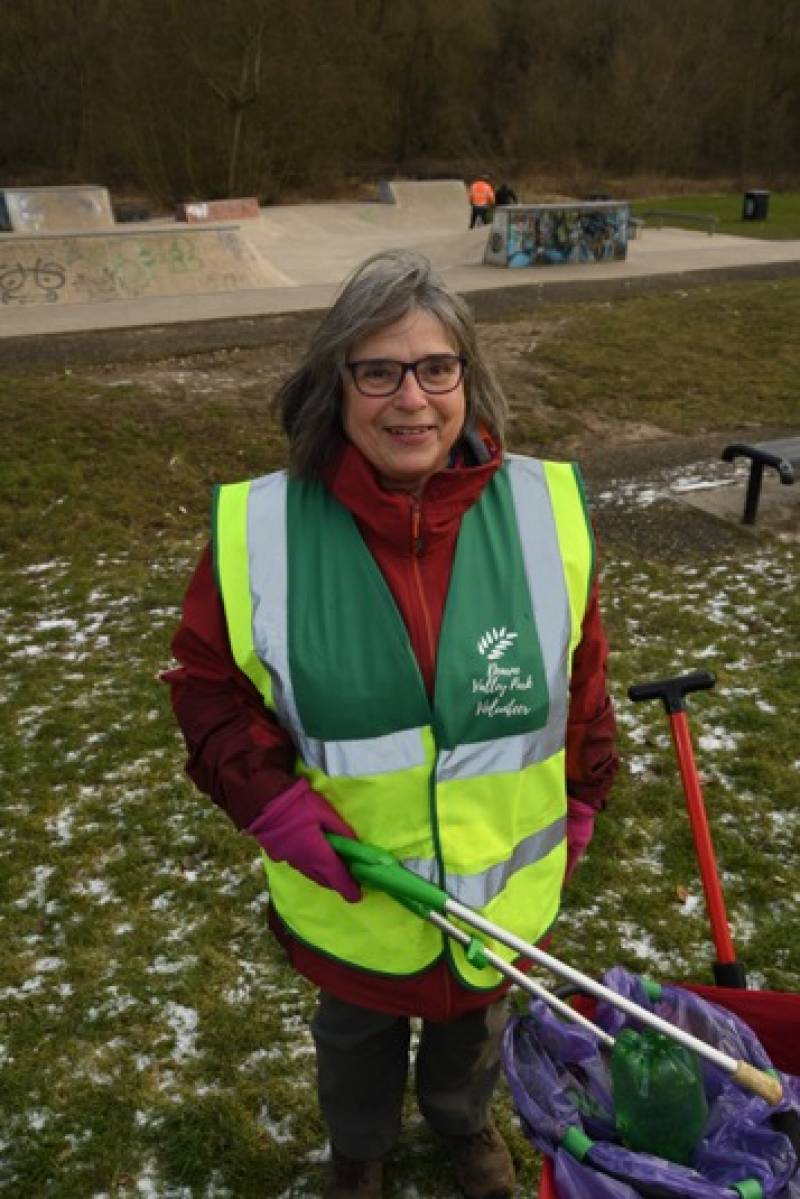 A LITTER-PICKER who has spent her retirement helping volunteers tidy up their community has been nominated for a Proud of Barnsley award.

Sarah Dewey, from Smithies, is an active volunteer in her neighbourhood who spends her time cleaning up ditched waste.

The 62-year-old became one of the first members of the Barnsley Main Heritage Group, which began in 2016.

The group has helped to restore and protect the Barnsley Main area with numerous volunteers to its name.

During the pandemic, Sarah used her voluntary experience to set up the Dearne Valley Country Park Group.

Despite restrictions, Sarah has encouraged more than 40 residents to get involved with the group that has since transformed the area.

Sarah said: “As a long-term volunteer with Christ Church, Ardsley, and the community many of my activities have been suspended.

“I also realised being retired without dependents, fit and healthy, I was ideally placed for supporting others.

“Just before Christmas, I received a letter from Barnsley Council informing me that I had been spotted fly-tipping and they were considering a fixed penalty notice of £400 as well as pointing out that fly-tipping can lead to a prison sentence of up to five years.

“Checking my diary, I had been litter picking using equipment (provided by the very department that sent the letter) and using their purple volunteer bags.

“After I contacted them they were able to confirm my story, but the whole episode suggested there needs to be significant improvements in the way the department communicates with volunteers and the wider public.

“I must admit I was extremely upset and angry by the whole affair.

“Rather than give up and become an angry resident who moaned about the council, I have offered to work with them to improve their service.

“I have tried hard not to pass on this frustration to volunteers but have worked behind the scenes trying to establish a working relationship with the council which I hope will lead to much greater appreciation and valuing of volunteers and members of the community who give their time to report fly tipping and clear litter.”

Sarah’s environmental efforts have landed her a nomination in the Love Where You Live category at this year’s Proud of Barnsley awards.

“It’s lovely to be nominated but this is mainly down to the amazing volunteers who make this possible.

“The help from Twiggs, the area team and volunteers has been incredible and they have helped to transform some of our wonderful green spaces in Barnsley.”