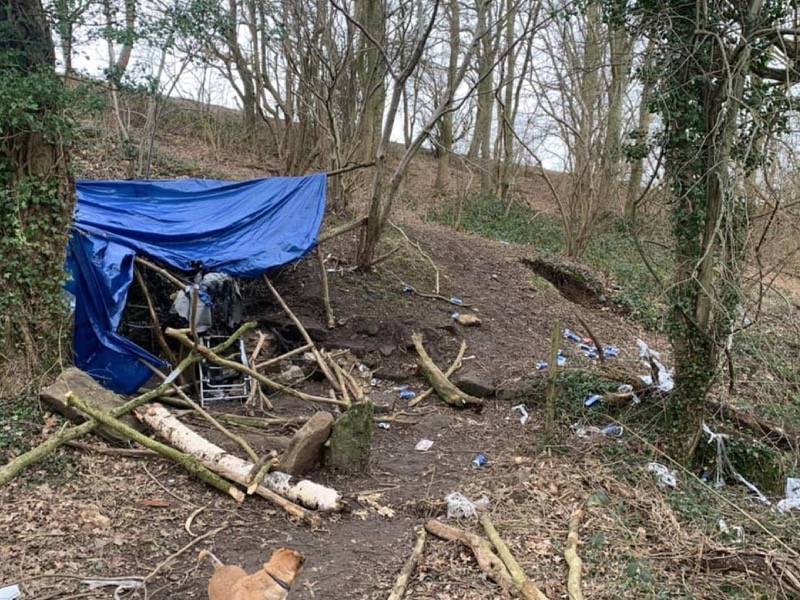 A ROYSTON man said he was ‘disgusted’ after finding a number of empty beer cans and burnt-out deck chairs while walking his dogs.

Richard Jarosiewicz, 47, of Hatfield Gardens, was walking his dogs in woodland – between Royston and Notton – when he came across the remains of what he believes was an illegal gathering.

He said: “There was three or four burnt-out deck chairs, which is why I don’t think it was someone homeless because they would have taken it with them.”

Richard believes that the site is dangerous due to the broken glass bottles, especially with more people walking during lockdown.

“I walk my dogs every weekend but because there’s more families out walking, if a child was to go over the bridge and fall they would definitely get hurt,” he added.