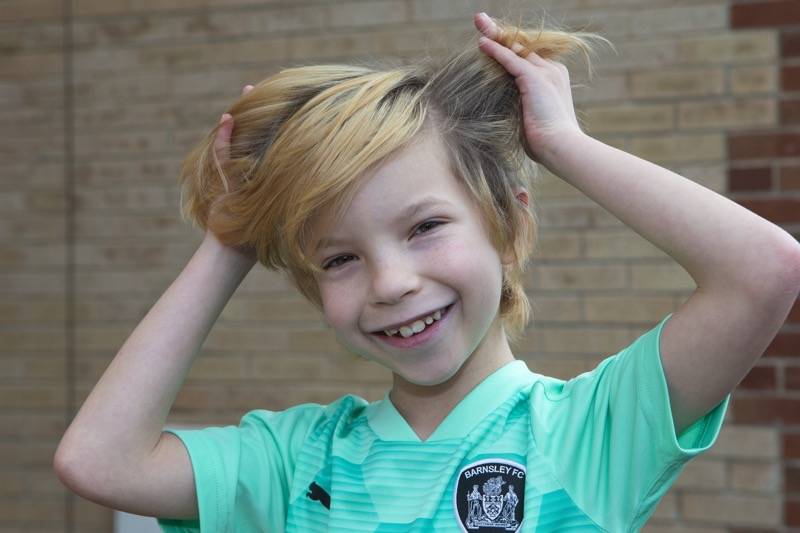 A YOUNGSTER who has been inspired to fundraise after his grandmother was diagnosed with lung cancer has been nominated for a Proud of Barnsley award.

Oliver McMahon, of Carrwood Close, Worsbrough, started growing his hair with the aim of cutting it off to donate to cancer patients.

The nine-year-old hopes that in two years, his hair will be long enough to donate a large amount to the cause.

While his hair grows, the youngster has also started his own fundraiser with all the proceeds donated to Yorkshire Cancer Research – so far the pot sits at more than £170.

Oliver said: “I started growing my hair five months ago and its already getting really long.

“By my calculations that means I have 19 more months to go so it’s going to get even longer.

“My grandma had lung cancer which has really inspired me to help. I want to make sure cancer patients feel comfortable.

“I have started a fundraiser for people to give money if they want. We keep doing updates on Instagram about my hair which is fun.

Oliver’s mum, Toni, has said this is all his idea and has always been a generous child.

“I’m unbelievably proud of him. He loves doing this and has always put others before himself.”

Oliver’s kindness has landed him a nomination at this year’s Proud of Barnsley awards in the Young Superstar category.

Upon hearing about his nomination, he said: “It feels really good to be nominated and I’m excited.