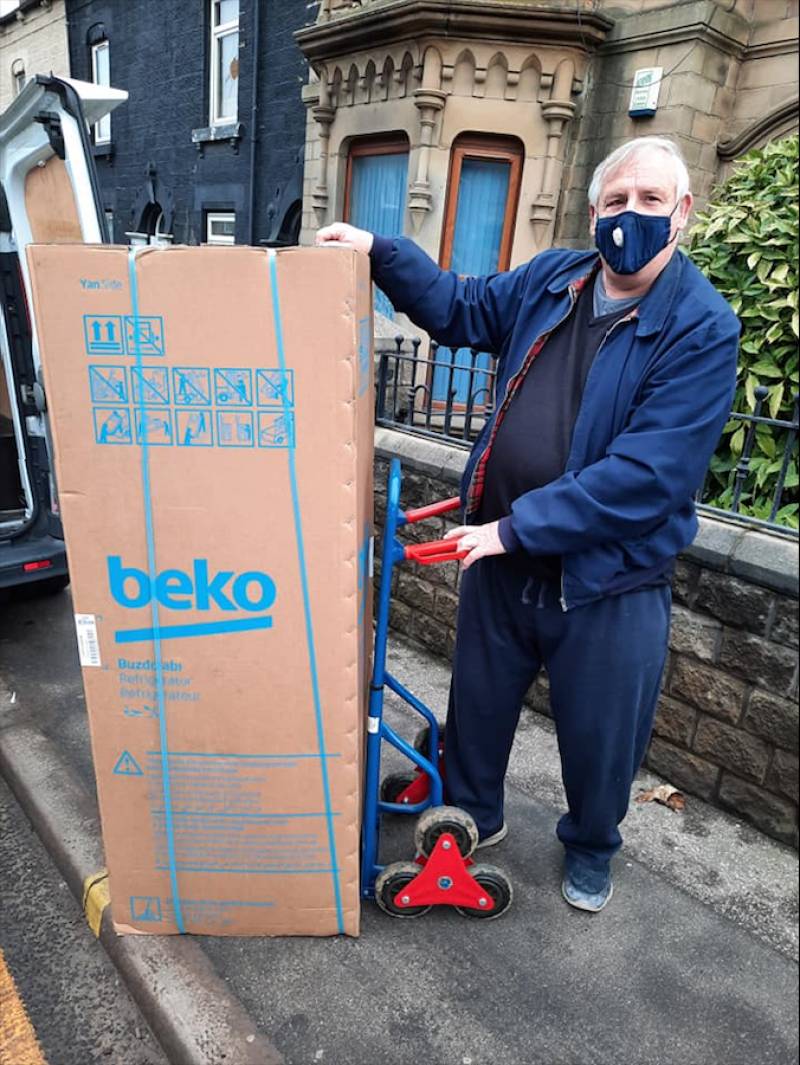 A CHARITY set up in Royston by ex-military volunteers helped a homeless veteran get back on his feet and supported his move into his new home.

The Help 4 Homeless Veterans charity began in 2010 after ex-soldier, Tom Wood, wanted to help ex-servicemen and women who were homeless for a variety of reasons.

Last week, chief executive Steve Bentham-Bates, along with Tom Wood and other RAF volunteers, bought a homeless Barnsley veteran – whose identity has been protected – groceries, pots and pans, cutlery, a television and a kettle to name a few ahead of his move.

Funds raised for the charity are used directly to cover move-in costs for homeless veterans who have been left stranded.

Steve said: “We were thrilled to help this ex-Yorkshire Regiment soldier get into his new home and kit him out with some house wares.

“We will also be meeting him in the future to provide groceries to get him started while waiting for his benefits kick in.

“After providing the essentials, we gave practical help in unloading the supplies, so we were so pleased to have a younger volunteer help us with the heavy lifting.

“Once things get settled, we hope to help him find employment in something that he enjoys which is absolutely fantastic.

“Since the start of the pandemic back in March, we have helped to rehome more than 70 veterans following relationship breakdowns or financial losses due to the stresses of the lockdowns.

“This couldn’t be possible without the support of the Veterans Foundations and British Forces Broadcasting Service who have financially supported us throughout the years.”