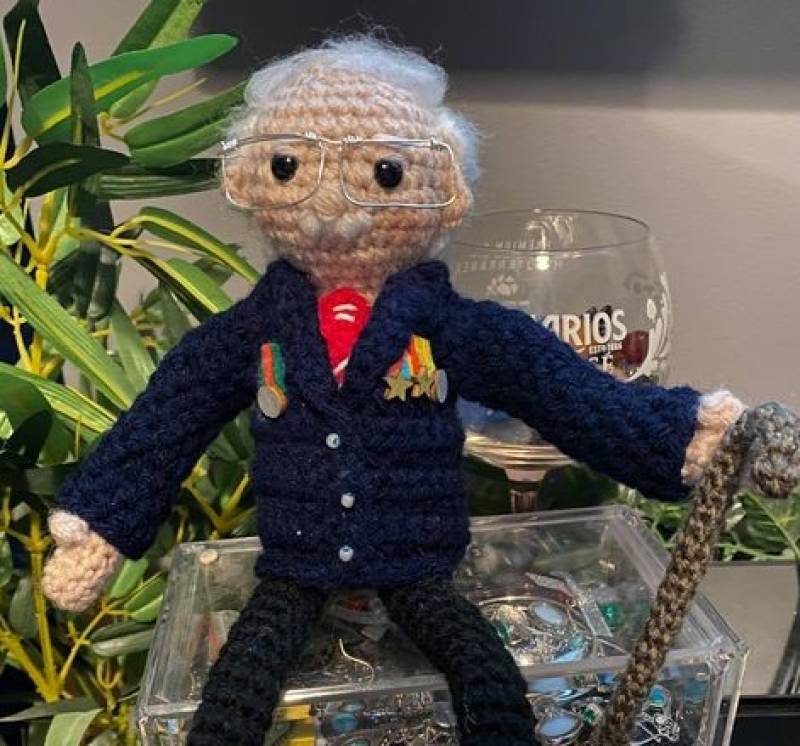 A CROCHETER who wanted to pay tribute to Captain Sir Tom Moore has made him out of yarn which she hopes will help raise money for charity.

After she heard about the death of Captain Sir Tom Moore, who died from coronavirus on Tuesday, Melissa set about crocheting the 100-year-old fundraiser in miniature.

“It took me a couple of days to complete,” said Melissa, from the town centre. “I started crocheting after my children were born and I really enjoy making toys.

“I was going to make a Bernie Sanders toy, but then I heard about Sir Tom and decided I wanted to have a go at making him.”

Once the project was finished, Melissa decided to create a raffle to give someone the chance to win the doll while raising money for the NHS charity.

“It's my way of paying tribute to him,” she added. “I wanted to give the money raised to the same charity as my way of saying thank you for what he did.”