Fundraising cyclists put in the miles 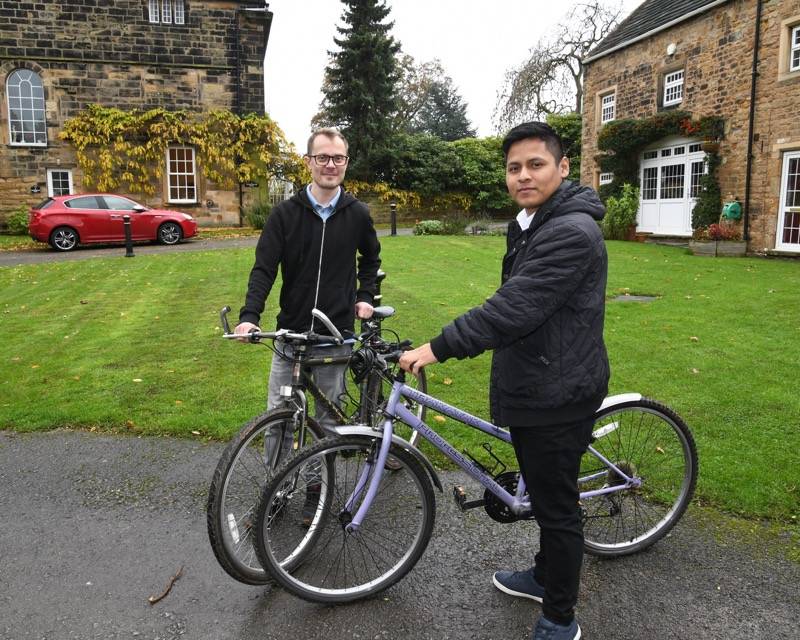 TWO friends aiming to raise awareness of the plight of hundreds of thousands of Hondurans through a coast-to-coast bike ride have done more than they expected for the cause.

Simon Beech and Marlon Perez had planned a 215-mile ride from Southport to Hornsea, before lockdown struck.

But they ended up each doubling that distance by undertaking their own series of rides, to bring their total achievement to more than 1,000 miles.

Simon, from Darfield, met Honduran Marlon through his work at Dearne Valley College, and the pair struck up an immediate friendship.

Late last year, Marlon’s hometown of Pimienta was, like much of Honduras, decimated by the worst storms to hit Central America in recent memory.

Thousands, including Marlon’s family and friends, have been forced out of their homes and are struggling to survive. Simon and Marlon have raised more than £800 for Pimienta, paying for essential supplies such as medicine, food and mattresses.

“We had a lot of obstacles, with the pandemic and then the snow we’ve had over Christmas,” said Simon, 43, of Doncaster Road.

“We’re really proud of ourselves. We had some amazing rides.

“Marlon cycled to Leicester and back – he didn’t tell me, he just did it – and had people stop and help him as he had three punctures. One woman brought him some water.

“I got stuck in the middle of a blizzard in Wortley and thought I had frostbite I was so cold.

“It’s been mind over matter at times.

“It’s really good being able to send money directly to people there. Once you realise you’re making a difference, it helps you through it.

“Marlon is always in touch with people there.

“They’re still badly affected by the flooding, like we were here, and they’ve got the pandemic to deal with as well.

“The fundraiser is still open, and we’re trying to get more if we can.”

Search ‘Sponsor the restoration of Catrachos in Pimienta, Honduras’ on Facebook for the page and to make a donation.