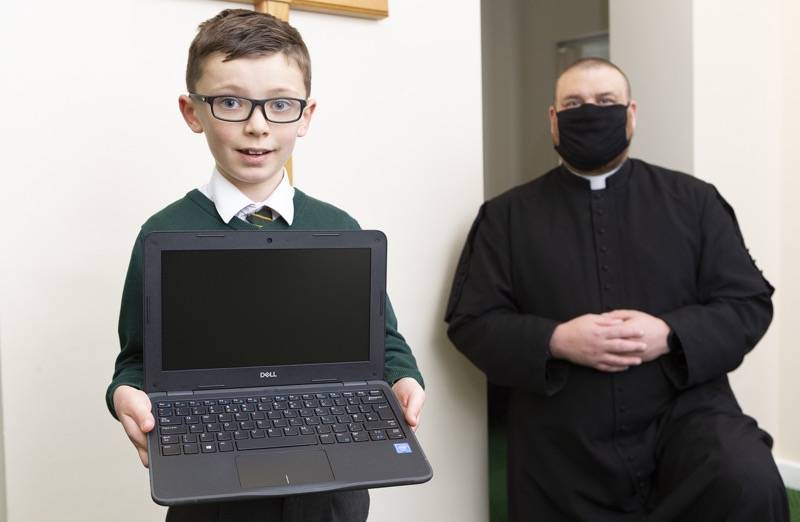 A FUNDRAISING priest has seen success in his campaign to buy laptops for local schoolchildren.

Father Craig Tomlinson, of Royston St John the Baptist Church, hoped to raise £1,000 for its namesake primary school to fund five laptops for kids who may struggle with access to technology while at home.

Members of the community have already seen the campaign get within touching distance of its goal, and Fr Tomlinson said he hoped it could go further around the village as a result.

“It came to me when I saw something on the news about how many children don’t have access to laptops while learning online,” he said.

“Children are the future, and we need to do as much as we can to help. If we can raise more, this isn’t the only school in Royston where families are disadvantaged through no fault of their own.”

Headteacher Lee Spencer said: “Access to technology can be difficult, especially where there are two or three children at home and one laptop.

“We were pleased Fr Tomlinson wanted to do that, and he’s done an amazing job.”