Tot, three has a lucky escape after driver swerved to avoid roadworks 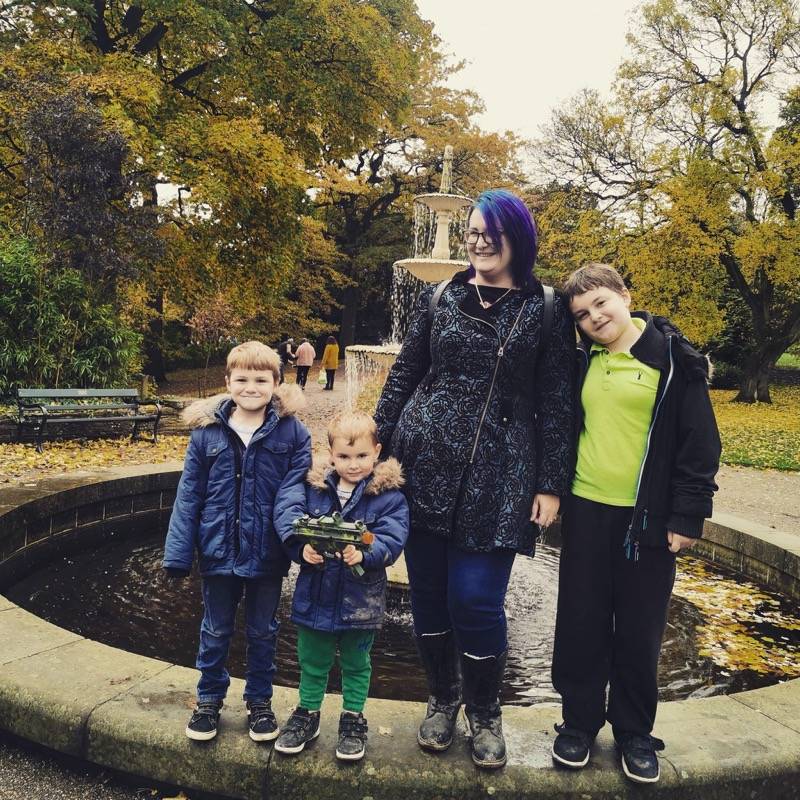 A MOTHER was distraught after her three-year-old son was knocked over by a car that mounted a kerb to avoid roadworks in Grimethorpe.

Joanne Merritt, from Grimethorpe, has hit out at the ongoing reckless driving at a roadworks site on Brierley Road.

The works, which started in the area on New Year’s Eve following a burst water pipe, led to congested traffic in the area.

The 33-year-old, who was out on a walk with two of her sons and partner Matt Fox, was shocked to see a car – said to be being driven by a woman – heading towards them on the pavement.

She said: “We were walking down the pavement and saw someone heading towards us.

“They literally mounted the full kerb and came straight towards us. My partner had to shout and tell them to watch themselves.

“I managed to get my middle son out the way but my little one, Frankie, was walking in front.

“He tried to get out of the way but he got hit by the wing mirror.

“He was very scared and shaken by this – it was a massive shock to all of us.

“My partner tried to stop the driver but she continued to head towards him, too.

“She squashed him between a fence and her car and just drove off. She didn’t have a care in the world at all.”

Morrisons Utility, the firm that carried out the work on behalf of Yorkshire Water, installed further safety measures during the week to try and deter drivers disregarding the road closure and alternate routes.

A spokesperson said: “We are sorry to learn of the alleged incident involving a member of the public on Breirly Road, Grimethorpe.

“The road closure was in place during essential network maintenance that was being undertaken in the area.

“This work began on December 31 and was successfully completed on January 7.

“Throughout this period, the site was fully compliant with the appropriate signage, lighting and guarding in place to make the road closure and corresponding diversion clear to local residents and passing motorists.

“Incidents such as this show how important it is for motorists and pedestrians to follow our signage in order to keep themselves and our people safe.”