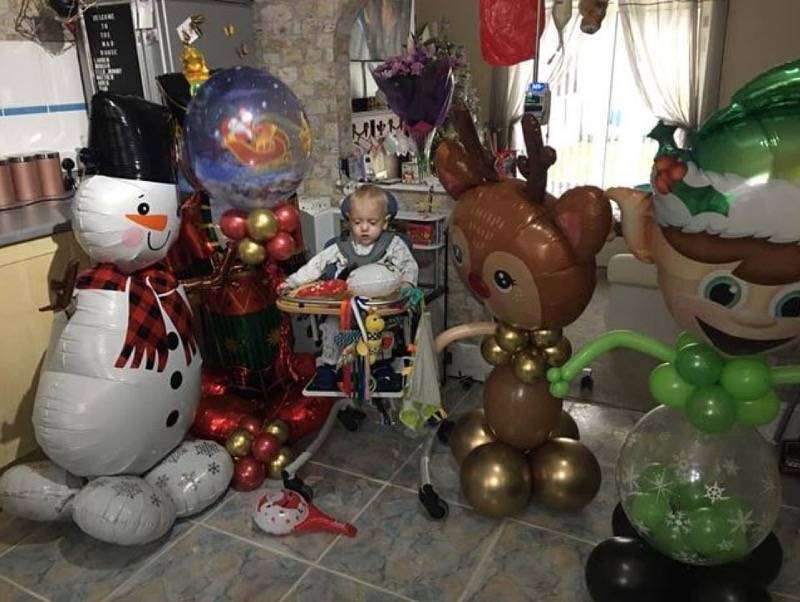 THE mother of an ill toddler has praised residents across the borough who helped to make her son’s last Christmas ‘out of this world’.

Kyle Keen was born at 24 weeks and immediately suffered two big bleeds on the brain, leading him to be diagnosed with cerebral palsy.

He was then diagnosed with necrotizing enterocolitis (NEC) at just three-and-a-half weeks old and subsequent surgeries meant that he lost 75 per cent of his bowel.

The 21-month-old spent Christmas at home with his family leading his mum, Lyndsey Gough, to say the support everyone has given them throughout the festive period has been amazing.

The 37-year-old, who is from Grimethorpe, said: “Christmas was absolutely amazing and just out of this world – we’ve been blown away by all the support.

“We had Santa and his elves come to the house and they filled the kitchen completely with presents and made all the kids feel special.

“Kyle was a little overwhelmed and confused by everything that was going on but he absolutely loved it all.

“The support we’ve had from everyone has been great and people are always asking about how Kyle is doing.”

Kyle was readmitted to Sheffield Children’s Hospital on December 30 but did return home the next day, and Lyndsey admitted that they didn’t have much to celebrate in the new year.

“He was admitted to hospital because he had low blood sugar but he’s back home now and he’s finding it OK,” she added.

“We’re going into 2021 with fear and dread but hopefully once Covid is over we can start to make some proper memories.”