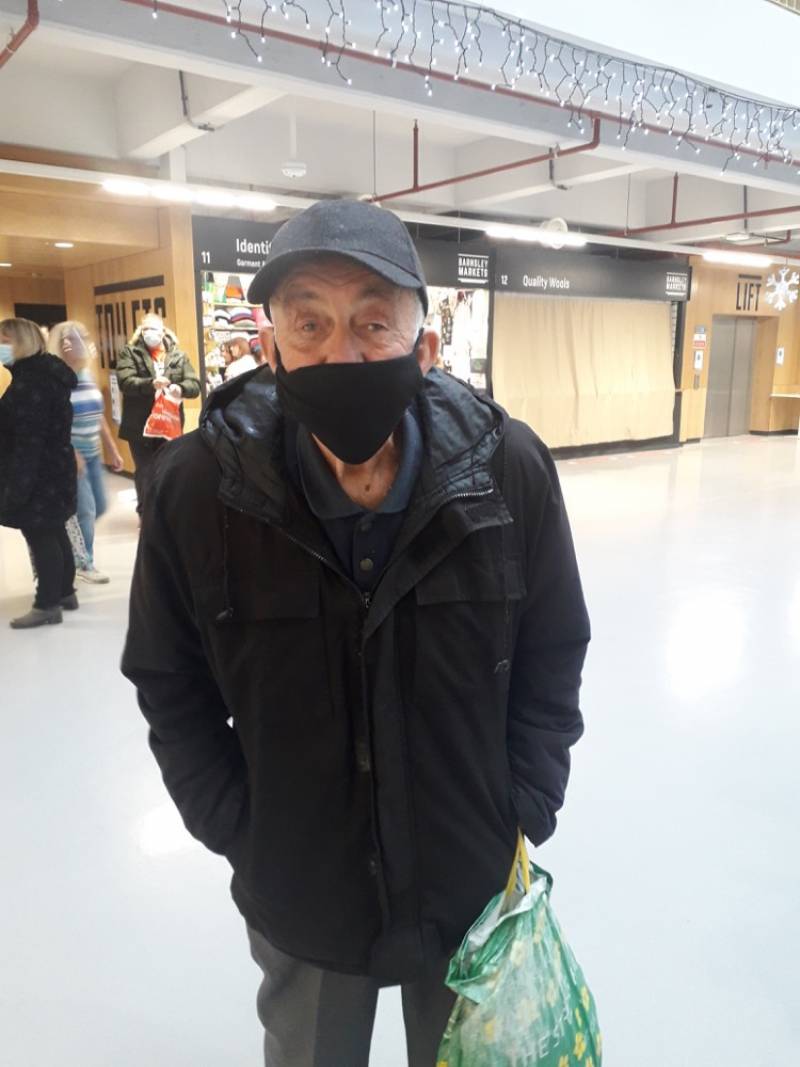 A FOSTER carer was brought to tears by the actions of an elderly stranger who offered her £20 unexpectedly while out shopping at Barnsley Market.

Mandi Williamson, 60, from Kingstone, was with her friend and three foster children on Friday when she was approached by a kind stranger.

Ronald Kitching, 77, who has lived in Worsbrough all of his life, went over to Mandi and handed her a £20 note and asked her to buy the children a gift from him.

Touched by the generous offer, Mandi confided in Ronnie about a charity that is close to her heart – Barnsley Care Leavers – and instead asked that the money be donated to them.

Mandi said: “I was feeling really down this week and it was incredibly tough to power on.

“It’s been a difficult time for everyone this year and it’s been a lot of doom and gloom.

“When Ronald offered me the money unexpectedly, I just burst into tears. I felt like my heart was going to burst.

“It’s not every day that you meet someone with no agenda and who just does something with pure kindness.

“As much as I was thrilled that he had asked to buy the children a gift, I felt the money would be better used elsewhere.”

After talking for a while, Mandi mentioned to Ronald a charity close to her heart. Ronald was keen to help with donations.

“I explained to Ronald about Barnsley Care Leavers and the Steering Group that have raised money to provide gifts and food to those who are alone on Christmas Day,” Mandi added.

“As a foster carer myself, this is a cause that means a lot to me and I know first-hand some of the fantastic work they do.

“I was so touched when Ronald asked me to donate the money to the charity instead. I couldn’t believe it.

“I am so proud of Ronnie and proud to be from Barnsley. It’s the true heroes of Barnsley that make a massive difference.”

Sarah Kitching, Ronald’s daughter, isn’t surprised to hear that her dad has done this as she believes he’s always put others before himself.

“My dad has always been the type to put others before himself.

“He’s a gardener by trade and even offers to mow people’s gardens in his neighbourhood free of charge.

“He loves kids and his grandchildren Kye and Ava are the apple of his eye. He’d do anything for them.

“We’re all so proud of him and his kindness. People can often take advantage of those who think of others.

“It’s lovely to hear that Mandi was so happy.”