Cudworth is switched on... 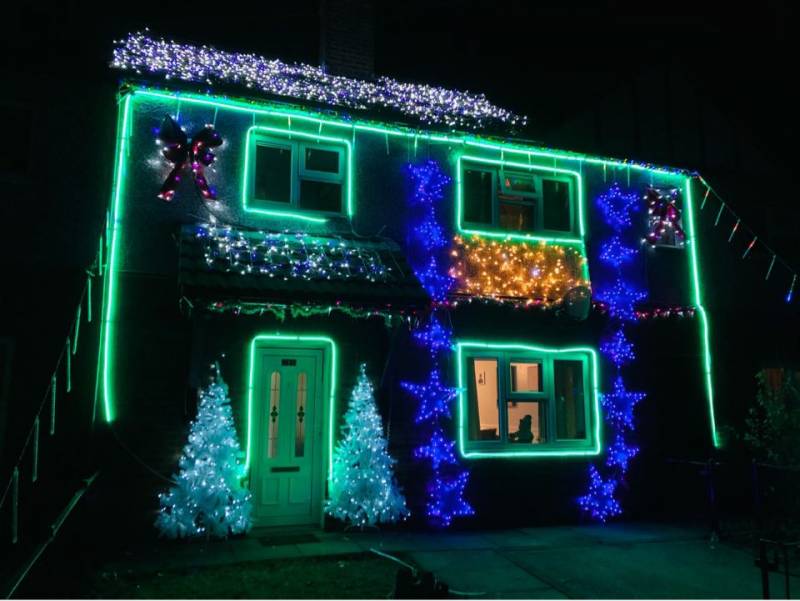 MEMBERS of a Cudworth street didn’t let lockdown stop them from spreading the festive cheer as they helped to raise more than £500 with a Christmas lights switch-on.

Johnny Key has held a fundraising event at his home on Southfield Road for the past five years and had no plans to slow down his fundraising efforts this year.

“It started off because I put up my Christmas lights and all my neighbours wanted to know when I would be putting up my lights next year, and they brought their children and it became an event,” said Johnny.

“Then we started organising raffles and stalls to help raise money for a local charity and now people look forward to it every year.”

Despite the ongoing pandemic, Johnny helped organise a walk-by Santa and a raffle to help generate funds for mental health charity, MIND.

“I wanted the kids to be able to see Father Christmas this year so we organised a walk-by event which went down really well, and I even dressed up as Tina Turner and did a dance which helped to raise more money.

“Each year we choose a local charity to donate the money to because I think it’s important to give back, especially at Christmas.”

Despite its success, Johnny is already looking towards next year’s event.

“It takes me a good year to organise the event, and I start putting up the lights in October to get it all ready for Christmas. I’m hoping next year Covid will be gone and we can make the event bigger and better than this year.”