College's Charlie set to skate to the top 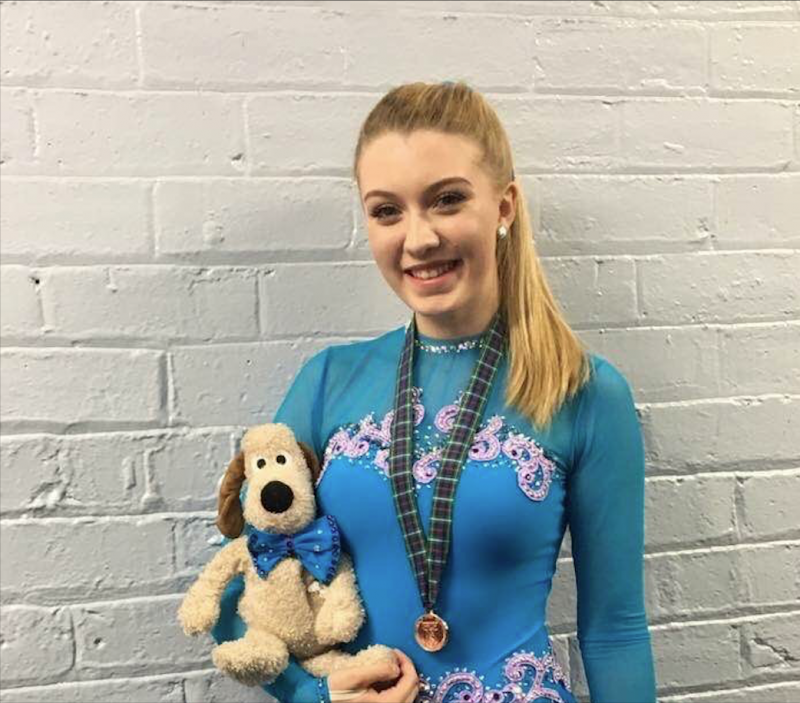 A BARNSLEY College student has her sights set on competing in the World Junior Synchronised Skating Championships.

Charlie Stringer started skating when she was seven years old on the basic UK level scheme, which resulted in her joining the Sheffield Synchronised Ice-Skating club at the age of 10.

The 16-year-old has since competed in competitions all around the world, against national and international teams, where she has regularly achieved podium finishes.

Most recently she was selected to join the Team GB development squad, with her synchro team at her home rink, Ice Sheffield.

On top of all this, Charlie competes in several solo competitions, gaining a lot of podium finishes up and down the country, and is committed to coaching the next generation to help younger skaters develop their skills and confidence.

Charlie is part of the Barnsley Sports Academy at Barnsley College and has been able to access an Elite Sports Performance Bursary to fund aspects of her competition such as equipment and travel.

“My greatest sporting achievement would be managing to qualify for the Team GB development squad,” said Charlie.

“I got into synchronised ice skating by watching it at Ice Sheffield’s Christmas show when I was 10 and being amazed by how it includes all of the disciplines of skating into one with the speed, elegance and lifts.

“From then I started to train with the Sheffield Synchronised Ice-Skating Club and moved from being elementary to now competing at junior.

“My greatest sporting achievement would be managing to qualify for the Team GB development squad.

“The Elite Sports Performance Bursary will ensure that I am able to access more of the things I need in order to go further with my skating.”