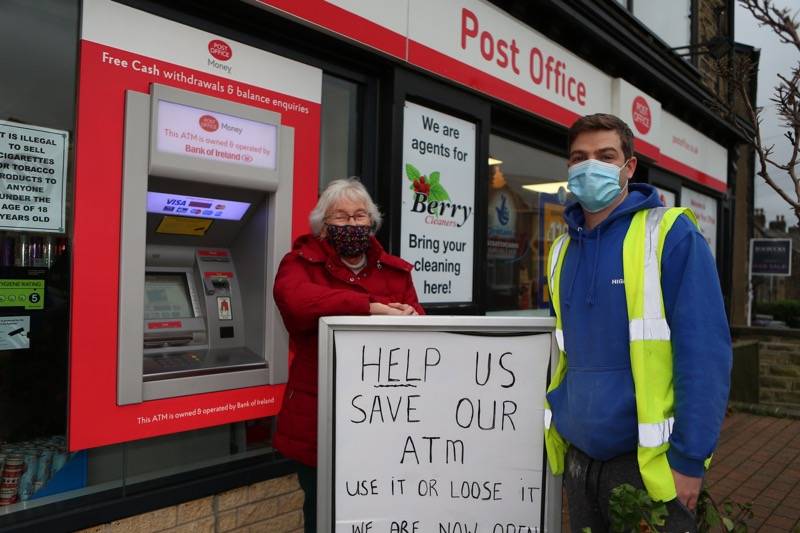 A POSTMASTER has taken matters into his own hands in a bid to ‘save the town’s ATMs’ – as the number of cash machines continue to fall across the borough.

Steve Athey, who runs Pogmoor Post Office, has called for residents to use the cash machine outside the venue – or face losing it.

The machine, registered under the Bank of Ireland, is under threat as the bank will be cutting around 600 machines across the country.

This comes after Wentworth and Dearne MP John Healey revealed in August that the amount of ATMs in his constituency had shrunk by a quarter since 2017.

Steve is keen to keep his cash machine afloat and is hoping residents will appreciate how important accessing physical money is for the community.

He said: “Around 600 Bank of Ireland machines across the country are under threat and we’re determined to keep ours open.

“Our cash machine has been a lifeline to many people, especially the elderly, across our community – and the fact it could be taken is not right.

“Our ATM has anti-trapping and security measures in place so that people can trust it. If it’s taken, people may not be comfortable using another one.”

Steve has hit out at the possibility of a cashless society and believes a ‘one-size-fits-all’ approach isn’t possible.

“I do not agree with a cashless society – it would be detrimental to the country and for our elderly population.

“If we went cashless, people wouldn’t be able to give their grandchildren pocket money or put money in a birthday card.

“Some people don’t have access to online banking and may feel excluded and forgotten.

“We need local cash machines more than ever – especially this year.

“We can’t let our ATMs be taken. They’re more important now than ever before.”

Dan Jarvis, MP for Barnsley Central, has criticised the notion of a cashless society and believes cash machines should remain accessible.

He added: “I entirely understand and share the concerns about the prospect of ATMs being withdrawn and customers being unable to access cash.

“I have long campaigned on the issue of retaining local bank, post office and ATM services.

“I am concerned about the potential impact that a ‘cashless society’ would have, especially on older residents and those on the lowest incomes.

“Residents should be able to access their own money through ATMs across our local communities that do not charge a fee.”