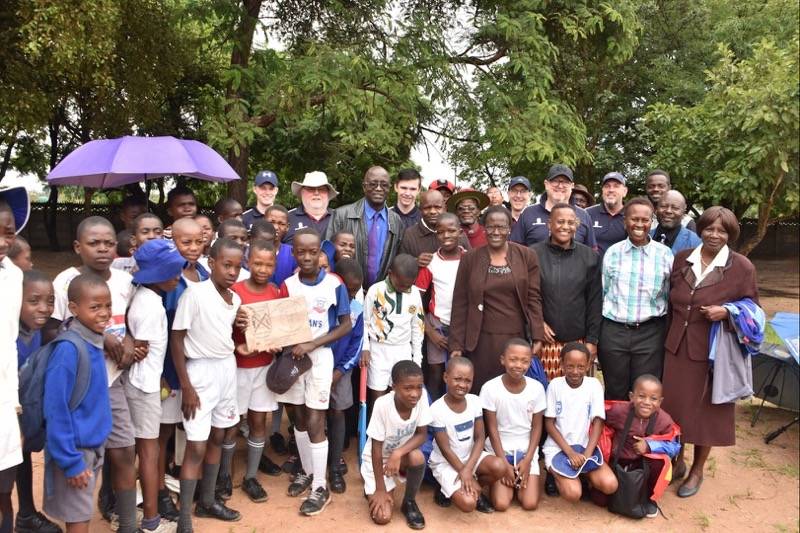 A HOYLAND cricket club whose partnership with a Zimbabwe school has flourished through lockdown has been nominated for a Proud of Barnsley award.

The partnership first began in 2017 as the club hosted Stuart Matsikenyeri who has turned into a firm friend of the club – he subsequently introduced the club to Tony Munyonga and Wesley Madhevere – both of whom are former St Aidan's Primary School pupils.

Vice Chairman Richard Skipworth said: “It all started back in 2017 when Stuart came over and he’s now a close friend who we keep in touch with.

“We initially raised some money for Zimbabwe a couple of years ago when Cyclone Idai hit them and Mozambique and it was in February when seven of the club went to St Aidan’s Primary School.

“We brought them some equipment and some cricket sets and since then we’ve created a fundraiser – we were amazed by the natural cricketing talent as well as some of the wonderful work that takes place at the school.”

Following on from their initial visit in February, the cricket club have started a joint partnership with the school where the best cricketer receives a scholarship to go to the prestigious Churchill High School.

“The next step in our St Aidan’s project is to consider a pathway, for the best young cricketers to achieve their incredible potential,” he added.

“The secondary schools of Chitungwiza do not play any cricket and we need to keep our St Aidan’s superstars playing the game.

“It’s not necessarily about a financial reward, it’s about raising the profile of the school and giving an opportunity to children at the school.”

Upon hearing of the club’s nomination in the Fundraiser of the Year category Richard added: “It’s a wonderful thing that we’ve been nominated for such a prestigious award, we’ve followed it for some time.”