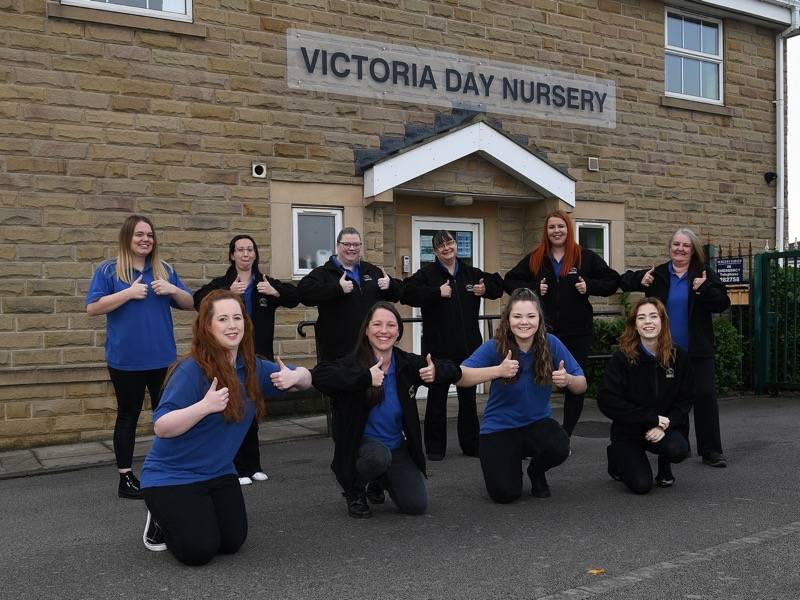 A NURSERY that kept children smiling despite an overnight break-in has been nominated for a Proud of Barnsley award.

Staff at Victoria Day Nursery, based on Victoria Crescent, have been praised for their kindness as the borough went into lockdown.

The team continued to care for the children of key workers as well as regular contact with parents throughout the first lockdown.

Paula Markham, the deputy manager at the nursery, believes team work was essential in keeping the children safe this year.

She said: “We’re so lucky to have an amazing group of workers who have stayed with us for years.

“Like all other schools and nurseries, this year has been incredibly difficult and we’ve really had to pull together every day for the safety of the kids we look after.

“We’ve been open since 2000 and we still have some of the same staff working with us from when we first started – we’re quite the family affair in that way which was really important.”

Earlier in the year, Paula was left reeling when she discovered that the nursery had been broken into overnight.

“It was a real shock and incredibly disheartening at a time when we should all be supporting each other.

“I think as a team we were really upset to be the target of this, but when we shared the news everybody rallied around us.

“Despite the setback, I think it made us even closer because people were so wonderful.

“Now, we want to make sure that both our children and their parents have a sense of normality during an unprecedented time.”

The team’s efforts have landed them a nomination in the School of the Year category at this year’s Proud of Barnsley awards.

“What amazing news. I’m so thrilled to hear that we’ve been nominated for this award.

“I’m so proud that it’s a team award because it has truly been a co-operative effort between all of us.

“People are so kind to nominate us and we can’t thank them enough.”