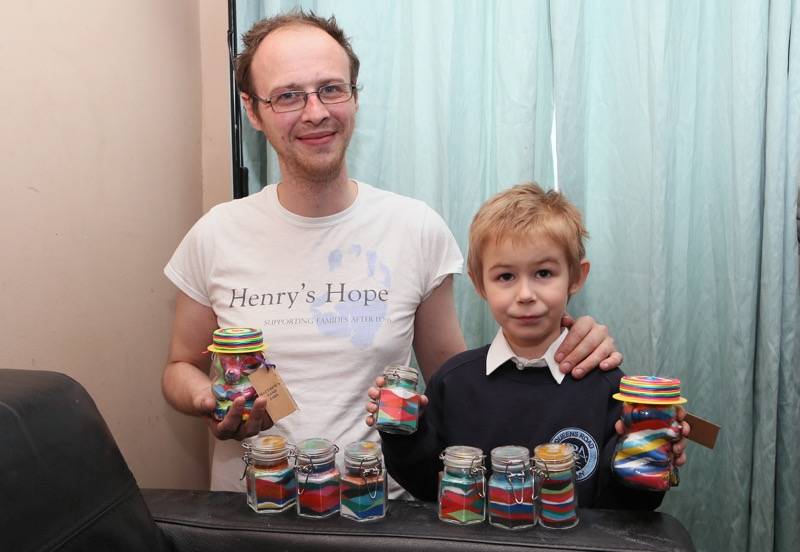 A LOCAL youngster who has been selling colourful sand jars throughout lockdown for a local charity that helps families cope with grief has been nominated for a Proud of Barnsley award.

Matthew Bisby-Devonport, five, of Wilby Lane, decided that he wanted to start selling the jars to people across the borough at the start of lockdown for Henry’s Hope Charity – who helped support his parents after the death of their son, Michael, at 21-weeks pregnant in 2018.

Matthew’s dad, 29-year-old Jamie Devonport, said: “We lost Michael back in 2018 and when the Henry’s Hope charity was set up they supported us a great deal.

“Matthew wanted to sell the jars at the start of lockdown and so we decided that we would donate half of everything he earns to the charity, with the other half going back into the project.

“The idea has really taken off and we’ve managed to sell more than 70 jars to people across the town.”

Even though Matthew has returned to school after the holidays, he is still keen to create more jars for Barnsley residents – and he even has ideas to expand the charity venture even further.

“A total of £165 has been donated to the charity so far which I think is really good,” he added.

“We’re thinking about making kits as well, so they’d get a couple of jars and some colourful sand, and hopefully that would raise some more money as well.

“We speak to those at Henry’s Hope quite regularly and they’re really proud of Matthew and everything he’s done.”

Upon hearing of his son’s nomination in the Young Superstar category, Jamie added: “All of our family is so proud of Matthew.

“He’s always been a really nice kid – he’d do anything for anyone.”