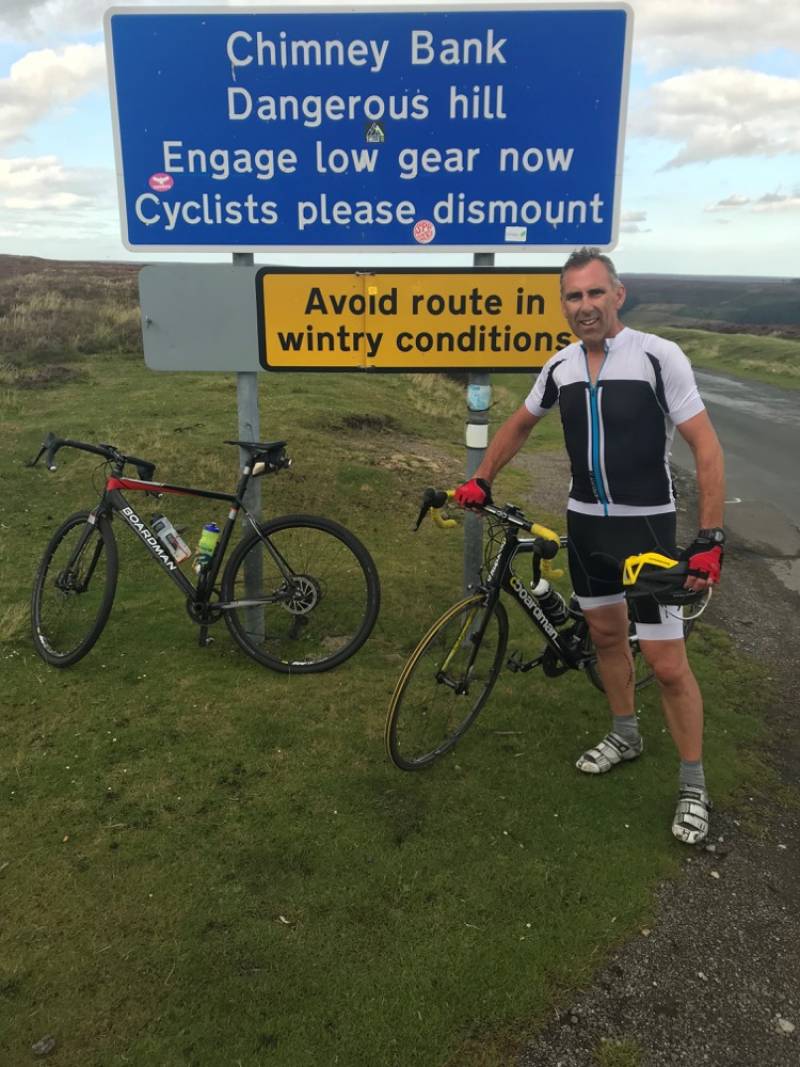 A POLICE officer from Barnsley got on his bike to help push a Macmillan Cancer Support fundraising drive past the £25,000 mark.

The circular route started and finished in Helmsley, in North Yorkshire, and took in takes in Hexham, Holy Island, Alnwick, Newcastle, Middlesbrough and Stokesley.

The pair, who met in the police force more than 20 years ago, are both keen cyclists and decided to take on their challenge, which involved 14,000 feet of climbing, after their respective fathers were diagnosed with bladder cancer.

Their support driver was another police colleague, Paul McIntyre, whose wife Steph died aged 41 in June after fighting bowel cancer.

Andy, who works in Rotherham, and Jonny, raise more than £1500 and joined Paul as he presented Macmillan with a cheque for £25,053.

Paul said: “Steph’s final wish was to raise as much as possible for Macmillan, so their nurses can continue the vital work they do for those living with, and those supporting loved ones with, cancer.

“We agreed £2,000 was ambitious enough, so we set our initial target at that.

“The support has been incredible. It’s bittersweet, but I can’t thank people enough for their efforts and for keeping Steph’s memory alive. I know she would be proud.”

Hannah Lumb is Macmillan’s Fundraising Manager for South Yorkshire, she said: “Everyone at Macmillan would like to thank Steph’s family and friends who have chosen to honour her memory by donating to Macmillan.

“With special thanks to Paul, whose determination to continue fundraising in Steph’s memory will benefit many families affected by cancer in South Yorkshire.

“In these uncertain times people are turning to Macmillan services more than ever and we want to be there for every person that needs us.”