Teen pays tribute to his dad with fundraising 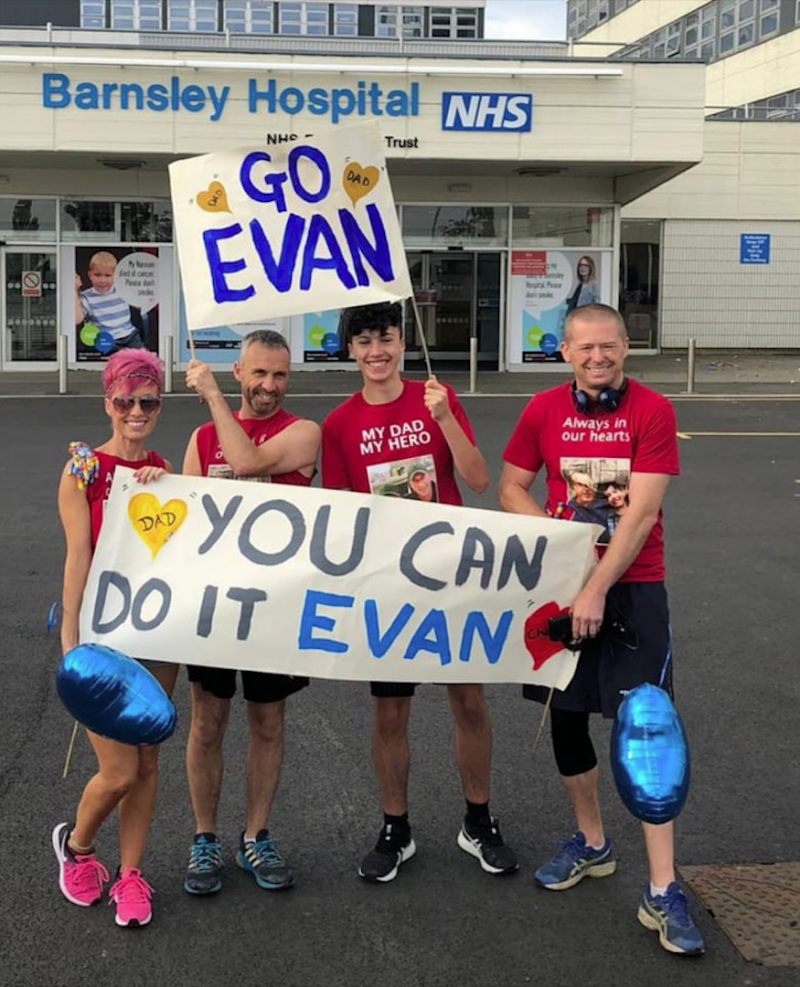 A TEENAGER whose dad died of Covid-19 earlier this year has been nominated for a Proud of Barnsley award after raising more than £1,100 for the doctors who treated him.

Evan Lunn, of Gawber Road, took on the Great North Run to raise funds for the Barnsley NHS workers who tried to save his dad’s life.

During the challenge, the 13-year-old, who has autism, visited places that reminded him of his dad Darren, including the Barnsley FC ground, Barnsley Hospital and Darren’s house.

Darren Lunn, 52, had a cardiac arrest in Barnsley Hospital’s intensive care unit in April after contracting the virus.

In September, Evan, along with his mum Deborah, her partner Andy and brother Dean, raised £1,135 for the NHS.

Deborah said: “It was definitely challenging. I wasn’t feeling well and Evan really struggled at the half-way point with pain in his feet.

“But we pulled together as a team and helped each other through it.

“I think what spurred him on was making his dad proud. We all agree that he’s a credit to his dad who would’ve been so chuffed with him.

“We set our initial goal at £200 but exceeded much more than we could have imagined.”

Deborah was shocked after strangers stopped the group during the run to donate to Evan’s fundraiser.

“People were still donating as we were running throughout the day. People stopped us and donated outside Barnsley Hospital and there were banners outside of his grandma’s house.

“Evan has been incredibly strong and brave since losing his dad but misses him everyday.

“He’s always wanted to meet the doctors that cared for Darren and thought the best way would be to raise some money and hand over the cheque in person.

“This week, Evan received a letter of thanks from Barnsley Hospital for his donation. He was really chuffed.”

Evan’s fundraising efforts have bagged him a nomination in the Young Superstar category at this year’s Proud of Barnsley awards.

Evan said: “I’m really shocked, I didn’t expect it at all. I want to give a big thank you to everyone who has donated or thought of me.”