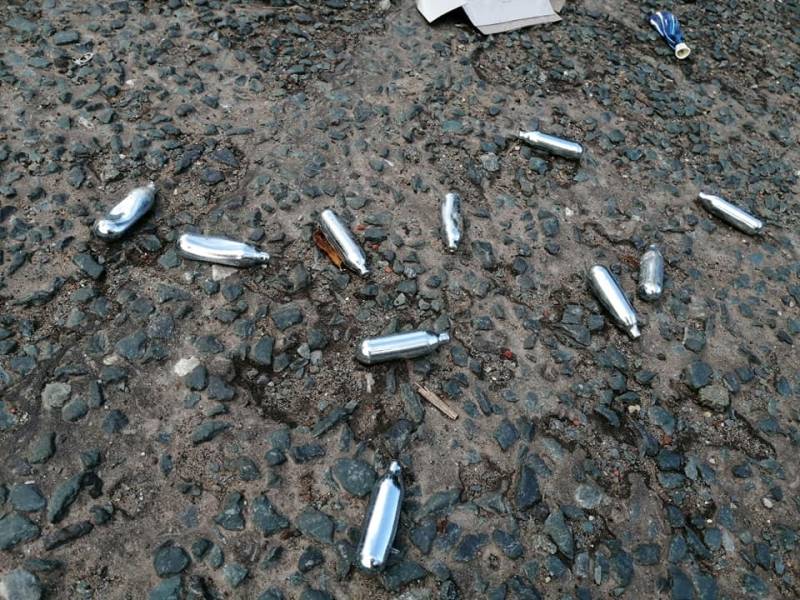 A PARISH councillor has urged young people to be aware of the dangers of laughing gas after finding canisters at a memorial site for the second time this year.

This is not the first time Kevin has found the canisters, which typically contain nitrous oxide or 'laughing gas' as in June, he found a bag full of canisters at the same site.

He now wants to urge young people to 'think of the consequences' of taking the drug.

“There have been so many reports of young people dying from taking nitrous oxide,” said Kevin.

“I just want to urge people to think before they do it. While I understand that the site is a peaceful place to spend time with your friends, I don't want people to get hurt or possibly die from this.

“I also want parents and carers to be aware of what their children are doing because it can be potentially deadly.”

A spokesperson for South Yorkshire Police said: “Nitrous oxide, which is also known as ‘laughing gas’, is a gas commonly used in the medical and catering industry, but is increasingly being used as a so-called ‘legal high’.

“The consequences of taking the substance can be deadly and can lead to dizziness, headaches and even suffocation from a lack of oxygen.

“Inhaling too much can knock an individual unconscious and inhaling from the canister can be very dangerous.

“Directly inhaling nitrous oxide is dangerous and there is a real risk of serious health complications or death.

“What some may not know is that passing their friend a nitrous oxide canister is still classed as supply and they could face a criminal record in doing so.”