Superstars have lived up to their name... 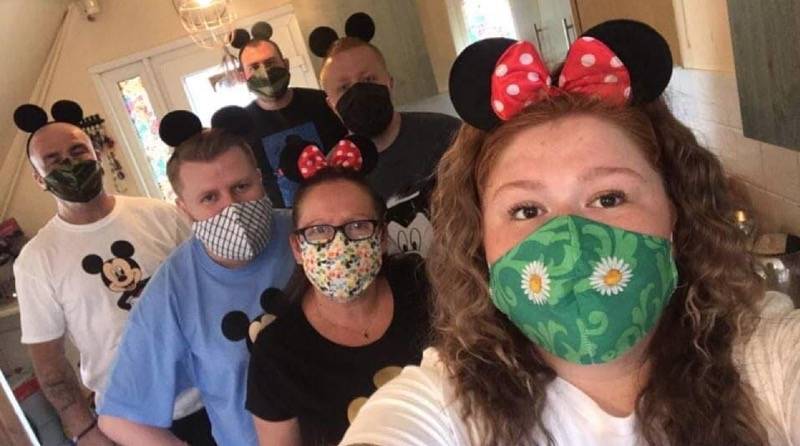 A TOWN-WIDE scheme which creates and delivers face coverings to residents across the borough has been nominated for a Proud of Barnsley award after distributing nearly 15,000 items since its inception.

Barnsley Superstars began at the start of lockdown and has raised nearly £3,000 for Barnsley Hospital Charity in the process.

Claire Dawson, one of the co-ordinators of the scheme, said: “The superstar sewers were all recruited from a simple post on social media to assist in the making of face coverings for their local community a week or two before they became compulsory in shops and closed spaces.

“Some of the sewers at the time were shielding, and they stated that this project gave them something to do during this time – they felt they were no longer isolated but had a purpose and felt that they were giving back to the local community.

“We recruited 102 sewers from all over the borough, all of which gave their time to sew, deliver and distribute face coverings to their local community and neighbours.

“To date they have made and distributed nearly 15,000 face coverings and raised nearly £3,000 for the Barnsley Hospital Charity – spending thousands of hours sewing and travelling hundreds of mile each month.”

Claire, who’s also the Dearne Area Council manager, believes that the sewers are a great example of Barnsley residents caring for one another when times get hard.

“The ladies and gentlemen of this group have really stepped up during this crisis and supported each other all the way through, by way of sharing patterns and complimenting each other on their coverings, as well as supporting each other through these trying times,” she added.

“The coverings have gone out to local schools, members, businesses, GP practices, local groups, commissioned services, Barnsley Hospital and residents from all over the borough.

“The group are a perfect example of when the going gets tough the tough gets going – every single one of them deserve some recognition for their contribution to the Covid-19 crisis.”

The group have been nominated for the award in the Love Where You Live category.