Washed up old bottle has been around a long time 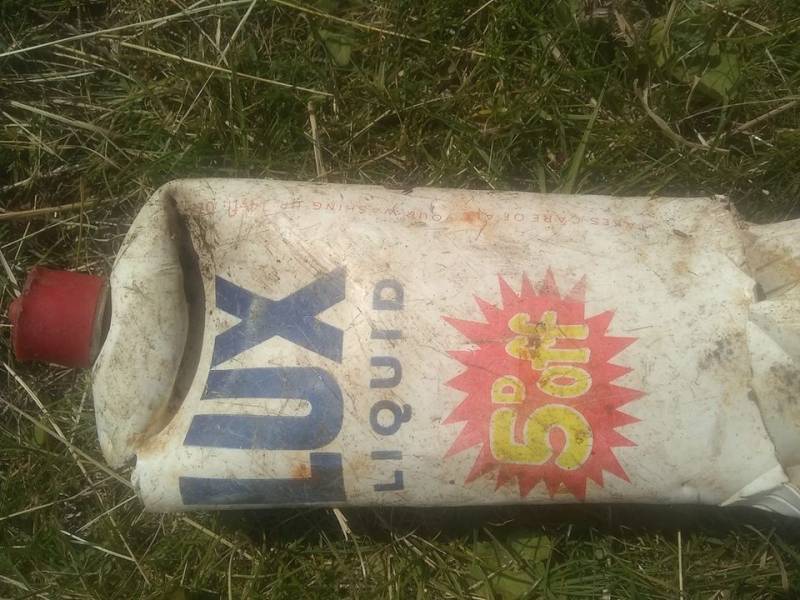 A WASHING-UP liquid bottle believed to be more than 60 years old has been found in Barnsley.

Gary Thompson, of Athersley, turned detective in a bid to put a date on the discarded Lux Liquid container, which he discovered at Barugh Green.

And the retired printer reckons it could be from the early fifties.

Gary’s attention was sparked by the reference to ‘5d off’ on the plastic container.

The ‘d’ refers to a denarius, or old penny, of which there were 240 in a pound prior to the decimalisation of British currency in February 1971.

“I was walking on a path near the new housing development on Dearne Hall Road,” explained Gary, 63, who lives at North Royds Wood.

“The bottle was lying on some grass, and I noticed the Lux logo and the ‘5d off’ sign, which immediately got me thinking.

“I remember Lux being quite a common brand, but quite a while ago, and I also remember when we went decimal, so I knew it must be at least 50 years old.

“Out of interest, I took the bottle home and did a bit of research on the internet, and when I put a picture on Facebook, someone came back and dated it as being early fifties.

“I’m wondering whether it has been buried, either in the ground or long grass, and unearthed when the foundations for the new houses were being dug.

“It’s amazing it has survived for so long, and I suppose it highlights all the issues around litter, the disposal of plastic and the damage it can do the environment.”