Petition on air gun ownership after cat is shot in throat 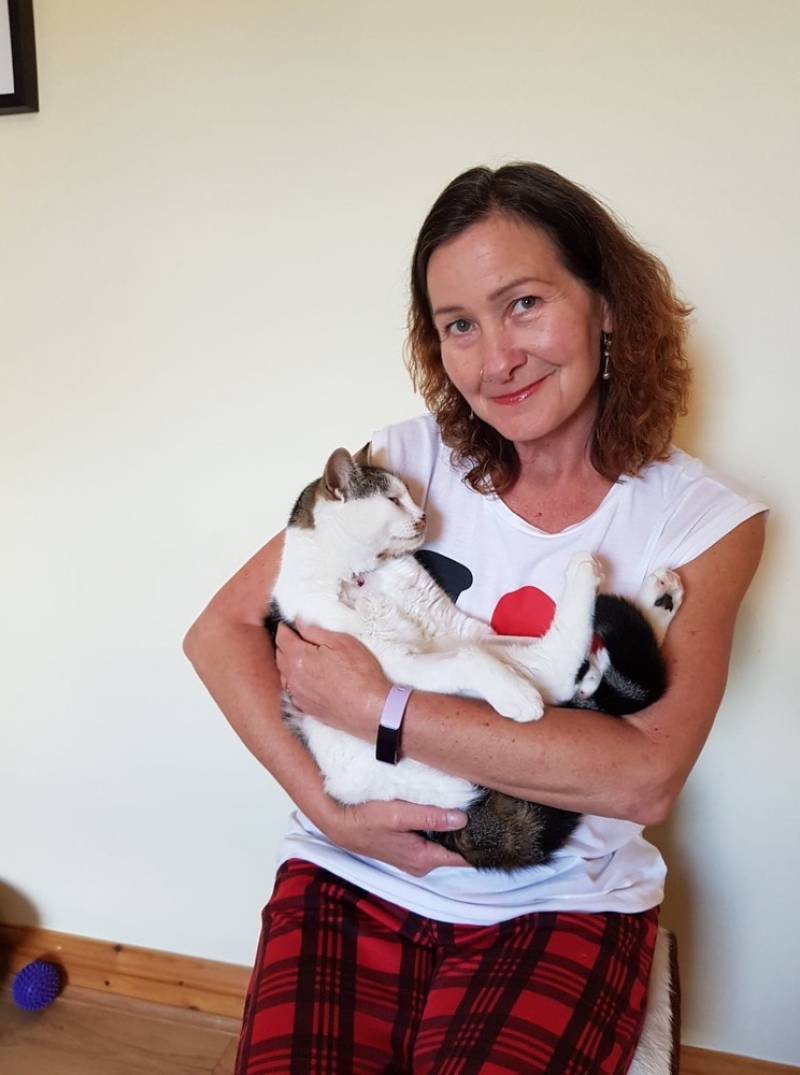 A CAT owner is calling for a change in the law after her pet was left with nerve damage after being shot with an air rifle.

Anji Ripley, 52, of New Road in Staincross, noticed something was wrong with her cat, Maia, after she returned home from a dance class with her husband.

Anji noticed that Maia wasn't as energetic as she usually was, and that she had blood on her chest.

“Usually when we come home both of the cats come running up the driveway to greet us but this time Maia just stayed in her hutch.

“My husband thought she had been run over and her collar went into her chest, because we wouldn’t have ever thought she would have been shot."

After receiving tests at the vet, Anji discovered that Maia had been shot in the throat with an air gun.

A pellet remains lodged in the cat's throat as surgery to remove the pellet would only be done if the injuries were life-threatening.

Despite this, Maia has been left with shattered nerves in her leg, which could lead to amputation.

“We’re playing a waiting game now and hoping that we can get the nerves working again,” Anji added.

“I just never realised that people could go about with an air rifle, she’s only a kitten and is quite timid so for her to be shot in the chest she would have had to be really comfortable in her surroundings.”

A spokesperson for South Yorkshire Police said: “Enquiries are ongoing in to reports that a cat was shot with a suspected air rifle in the Staincross area of Barnsley on August 20.

“The incident is believed to have taken place on New Road at some point between 8.15pm and 9.45pm.

“Officers and now looking to review nearby CCTV footage as part of the inquiry.”

Anji is urging people to sign a petition to change the law on air gun ownership in England as more than 800 cats in the UK have been shot with an air gun since 2015.

Anji hopes the petition will introduce licensing in England and Wales in a bid to stop the amount of cat shootings across the country.

Leanne Plumtree, spokesperson for RSPCA, said: “Every year the RSPCA receives hundreds of calls to investigate cases and help hundreds of animals that are the defenceless victims of air gun attacks.

“It is very distressing to think that people take pleasure in causing such horrific injuries to defenceless animals. These are deliberate and brutal acts of cruelty.

“Cats and wildlife are normally the animals that are more susceptible to these incidents simply because they are out in the open with no one to protect them. Unfortunately, air rifle attacks are not as rare as we would like. The injuries caused by such attacks are horrific and often fatal.

“We are calling for tighter controls on air weapons. This, along with better education and explanation of the law when buying an air gun, and requirements that everyone must receive basic safety training before being allowed to walk out of the shop could help relieve the problem.

“These weapons cause horrific pain and suffering and it is illegal. Anyone caught deliberately using an air gun to injure an animal can face up to six months in prison and/or an unlimited fine if found guilty under the Animal Welfare Act.”