Wath litter pickers have the 'biggest turnout' of volunteers 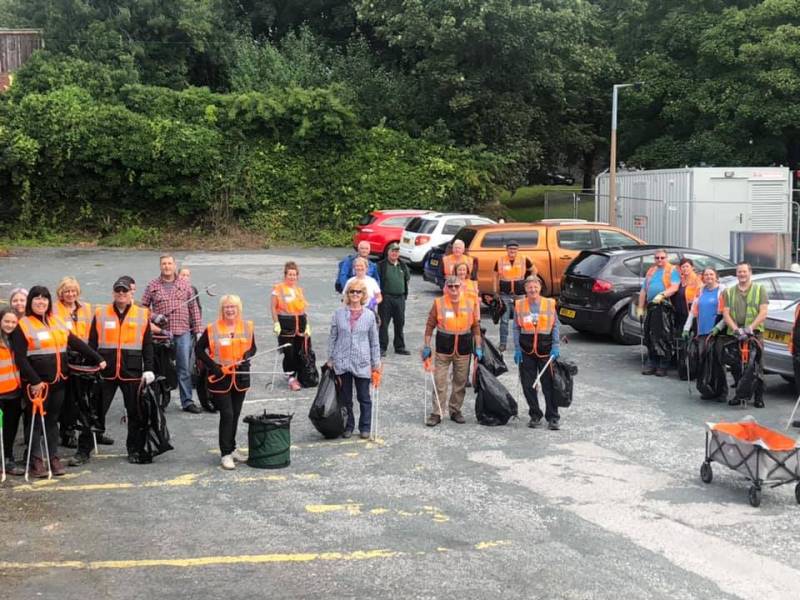 A LITTER picking group cleared more than 100 bags of waste from a railway line in Darfield this morning with the highest amount of volunteers since the group began.

At 9.30am this morning (September 5), the Wath, West Melton and Brampton Litter Pickers met near the Thaal Indian restaurant on Doncaster Road for a socially-distanced clean-up.

The keen pickers found abandoned items including an old mattress, tent and a television.

The group, which started in 2018, had 28 volunteers clear the site of 109 bags of waste - which was the biggest turnout of volunteers in the last two years.

Kerry Bea, of the litter picking group, said: “This week, we continued our ‘out of area’ pick in Darfield.

“The reason we occasionally do out of area picks is to support other local communities to help them set up their own litter picking groups and hopefully spread the wrd that littering and fly-tipping is not acceptable in our communities.

“We had a fantastic turn out today and not only did we cover the old railway line but some of the team went up to the bypass and picked as far as ASOS.

“So a huge thank you to our regular team, the Darfield residents that joined us and also the newbies that came to begin their picking journey.”