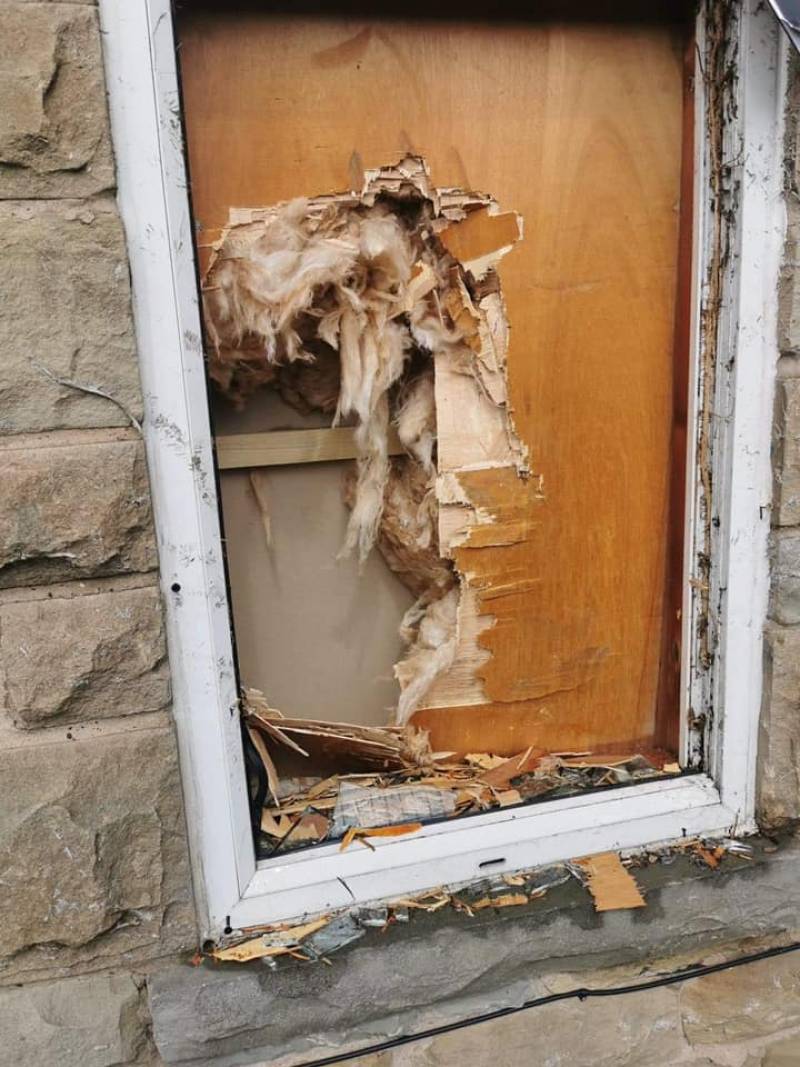 A BREAK-IN at a Darfield cafe was foiled after thieves realised what they believed to be a window was actually a brick wall.

In the early hours of last Tuesday morning, a break-in was attempted at Audrey’s Cafe, Doncaster Road, but the culprits were caught out when what looked like a window from the outside had since been covered by an internal wall.

“We were really shocked when we found the hole in the wall,” said manager, Magda Malek.

“We just couldn’t believe someone would try to break in, and from the damage we believe they had tools with them.

“We were lucky though because the area on the outside looks like a window, but we have actually bricked over it on the inside, and I think that’s what caught them out.

“After everything we have been through during lockdown, we couldn’t believe that this has happened. It will cost us a lot in repairs, but we are glad that they didn’t make it inside and that nothing was taken.

“It was strange though because they somehow managed to avoid our CCTV cameras, but we will make sure that it won’t happen again.”

The cafe had just reopened after a four-month closure.

“We want to say thank you to our customers, and we won’t let this stop us from opening the cafe.”