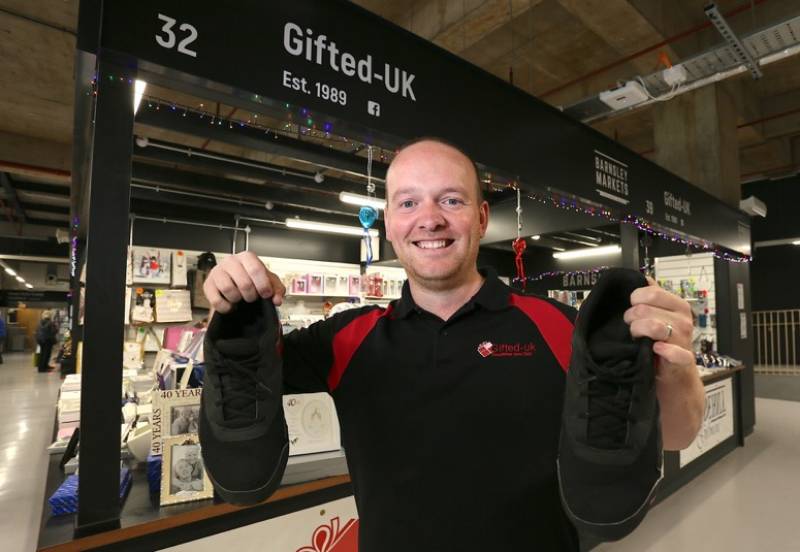 A BARNSLEY market trader walked over 12 miles last weekend for Sheffield Hospitals Charity – raising over £1,000 in the process – after staff saved his father’s life following major surgery earlier this year.

Luke Burkinshaw, 34, of Tanfield Close in Royston, walked from Barnsley Hospital to Northern General, in Sheffield, on Sunday and raised well over £1,500 for a charity that is extremely close to his heart.

He said: “We left Barnsley Hospital at 9am on Sunday morning and arrived in Sheffield about four hours later via basically one really long road.

“Myself, my brother Mark, Sarah Spacey – who works at the shop – her daughter Olivia and councillor Steve Green who is a keen walker himself did the walk.

“We were roughly walking at just over three miles an hour and we started off at quite a busy pace before it began to get tough, but we knew that we had to get through it and we did.”

Luke’s dad, 69-year-old Steven Burkinshaw, was taken ill during lockdown after coming back in from the clap for the NHS event and stating that he couldn’t feel his legs.

Steven was then taken into hospital where he successfully underwent a life-saving operation, hence why Luke initially aimed to raise £1,000 for the charity.

“My dad’s doing really well at the minute, he came into the stall last week for work but obviously he can’t do any heavy lifting as such, but he’s coming on leaps and bounds,” he added.

“Our initial target was to raise £1,000 but we’ve smashed that which is absolutely fantastic – the support from the public has been amazing.”

To donate to the fundraising efforts search click here, or visit the stall in the market.