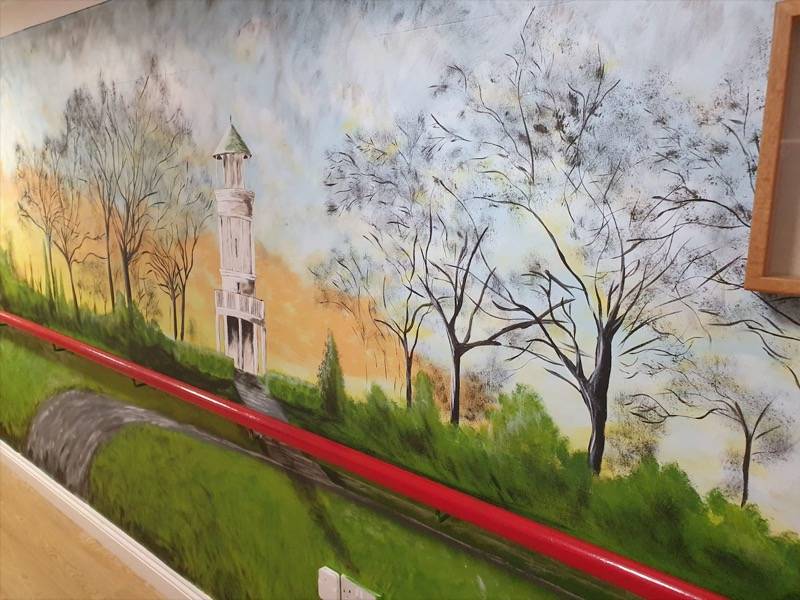 THE manager at a care home in Worsbrough Common has helped create dementia-friendly murals after it was suggested the walls could do with a ‘lick of paint’.

Rebecca Smith, manager at Highstone Mews Care Home, on Highstone Road, held a meeting with the residents and formed an action plan to make the home bright and colourful instead of the standard walls.

Alongside the memory team and specialist mental health nurses, Rebecca painted pictures on the walls that helped create an environment that was as dementia-friendly as possible.

Before the lockdown, residents worked with a local artist to help design the murals – with some being influenced by famous parts of the borough including Locke Park and the town hall.

Rebecca said: “It’s great to be able to see our residents walk around knowing where they are going.

“They are much more orientated, and the murals provide plenty of conversation”

“It’s been so nice to see people smiling as they walk around.”