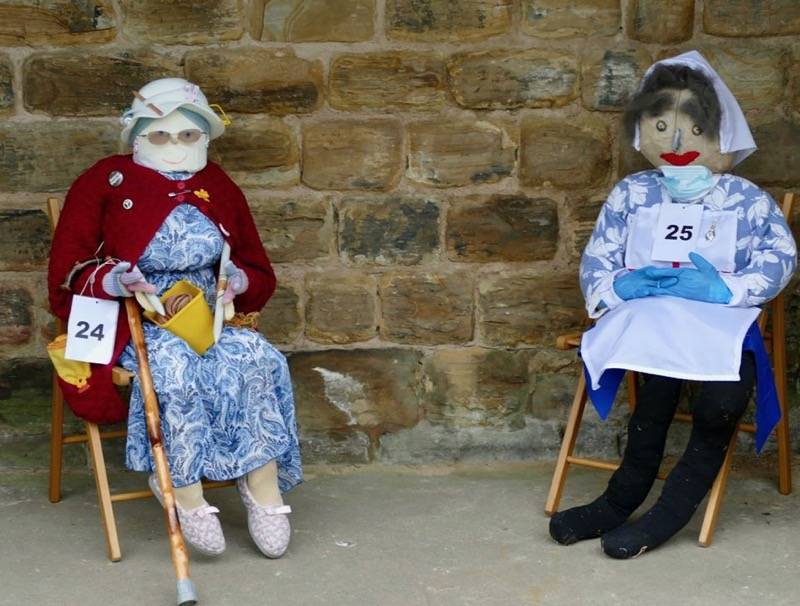 A COMMUNITY group is gearing up for tomorrow’s Scarecrow Festival which aims to raise spirits and get residents out and about the town.

Royston Watch, a Facebook group that was created to halt crime in the area last August, has gone from strength to strength in the past year.

The group host a large amount of projects in the area, from litter-picking to delivering food parcels, and decided to try and raise some funds by hosting a scarecrow festival much like nearby Thurgoland.

Sue McGougan Micklethwaite, the head of Royston Watch, said: “We’re doing it because we want to keep people in the village occupied, we’re hoping that all the kids get involved too.

“Everyone is set to display their scarecrows this weekend so people can go around and see what they’re like.

“We’ve even got Father Craig Tomlinson from Royston St John’s Church to judge the scarecrows on Monday hopefully it’ll be a great success.”

It costs £2 to enter the competition with a route map costing an extra 50p, and all funds raised will go towards helping the group with their future endeavours.

“We’re trying to bring the community together in these difficult times and the main aim is to raise some money whilst also involving the whole community,” Sue added.

“Thurgoland did something similar and I’m hoping that the weather holds out for us.”