Kids save ducklings after fall into grate 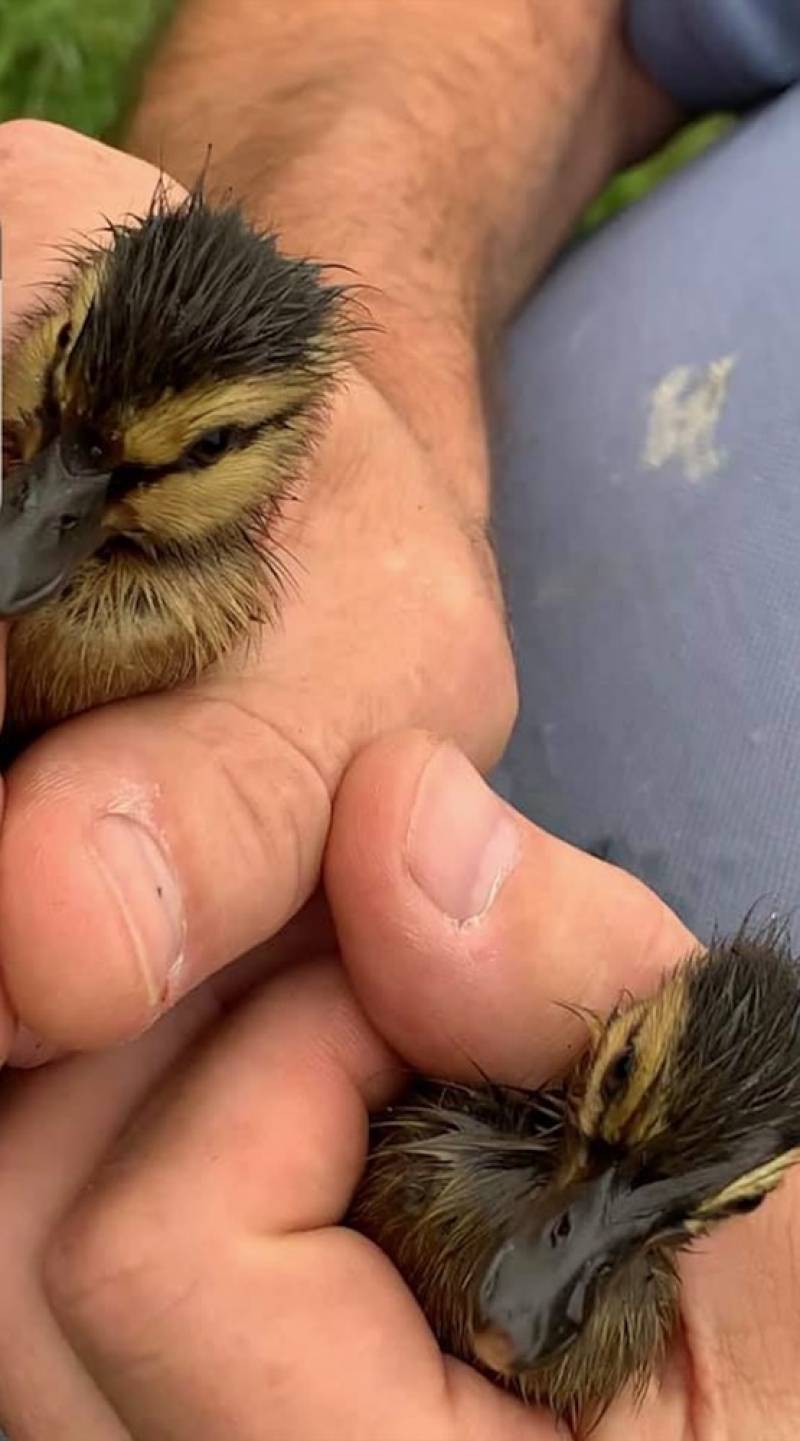 A GROUP of children from Hoyland came to the rescue of three ducklings after they fell into a sewage grate.

Staff and children from The Little Professors Childminding Partnership, on Wharncliffe Close, raised the alarm after hearing squeaking come from under a grate near Milton ponds.

Ellie Dobson, the minding assistant, knew something was wrong as the group regularly walk to the pond to feed the ducks and noticed three of them were missing.

“We regularly walk this route so the children have become quite attached to these ducks.

“We walked to Milton pond and noticed that three were missing which was unusual.

“The children could hear noises coming from a sewage grate on Primrose Way and found three ducklings inside.”

The group posted an appeal on social media to help the ducklings that were stuck.

“The children were really concerned and were asking if they could pull them out and save them.

“We then decided to post on social media to see if somebody could come and help us, and luckily a kind neighbour had a lot of equipment that helped to get the grate off.

“We can’t thank the people who came to help enough, it made the children’s day to see the ducks rescued and put back into their pond.”

Alison Richardson and her husband, who live on Primrose Way and close to the grate, volunteered to help rescue the ducks.

Alison said: “We helped with equipment as we had some in our garden and knew we could help.

“My husband helped, along with some other volunteers, to remove the top of the grate where the ducklings were trapped.

“It was worrying because it looked to me that there had been an oil spill which could have easily killed the ducks if left there much longer.

“Once they were recovered, we returned them to the pond and fitted mesh around the area in the hope to stop it happening again.

“The children were fantastic and definitely helped with rescue efforts. I’m just thrilled that the ducks were returned safely.”