Carol on cloud nine after skydive 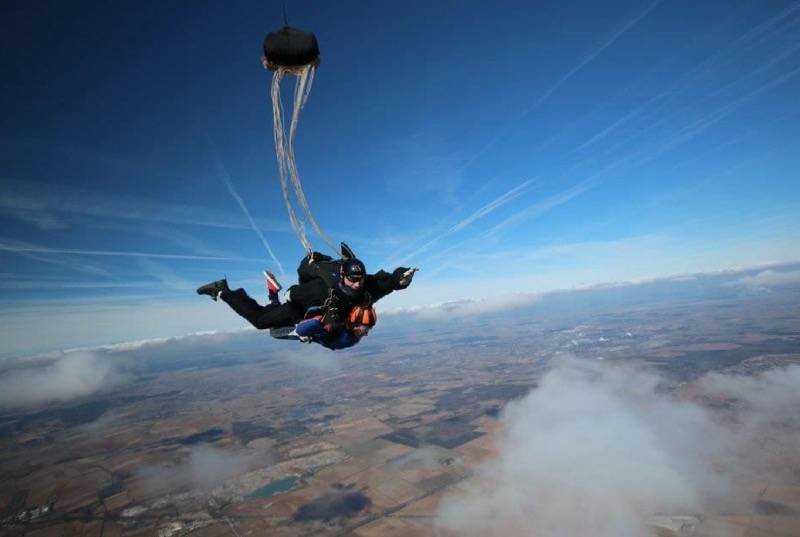 A ROYSTON woman took her fundraising to the next level.. by jumping from a plane 15,000 feet in the air to help raise money for a defibrillator for a local care home.

Carol Pemberton, 47, wanted to raise money for Westmeads and travelled to Hibaldstow last Saturday to compete her skydive.

Carol, who has lived in Royston all her life, has previously raised money for an array of charities through her sky diving efforts, but she admits that this is the best dive she has completed to date.

She said: “The local care home in Royston is trying to raise money for a defibrillator because they don’t currently have one on site.

“I thought that it would be a good idea to try and do some fundraising through a skydive because I’d done a couple before and they were really enjoyable.

“I’m scared every time before I jump out of the plane but it’s the most amazing experience – you’re free-falling from around 15,000 feet for one minute and 120mph, there’s really nothing like it.”

Carol raised £240 for the charity but is hoping that more is raised in the coming days as more people become aware of the fundraising attempts.

“I’m quite disappointed with what I managed to raise because my previous attempts raised quite a lot more, but due to Covid-19, social distancing and people being furloughed it has been quite hard to raise a great deal of money,” she added.

“Everyone in the Royston Watch group is coming together to try and raise as much money for the defib which will cost around £1,400 so that’s the aim in total.

“Everything racks up in the end so hopefully some more funds can be raised in the next few weeks.”