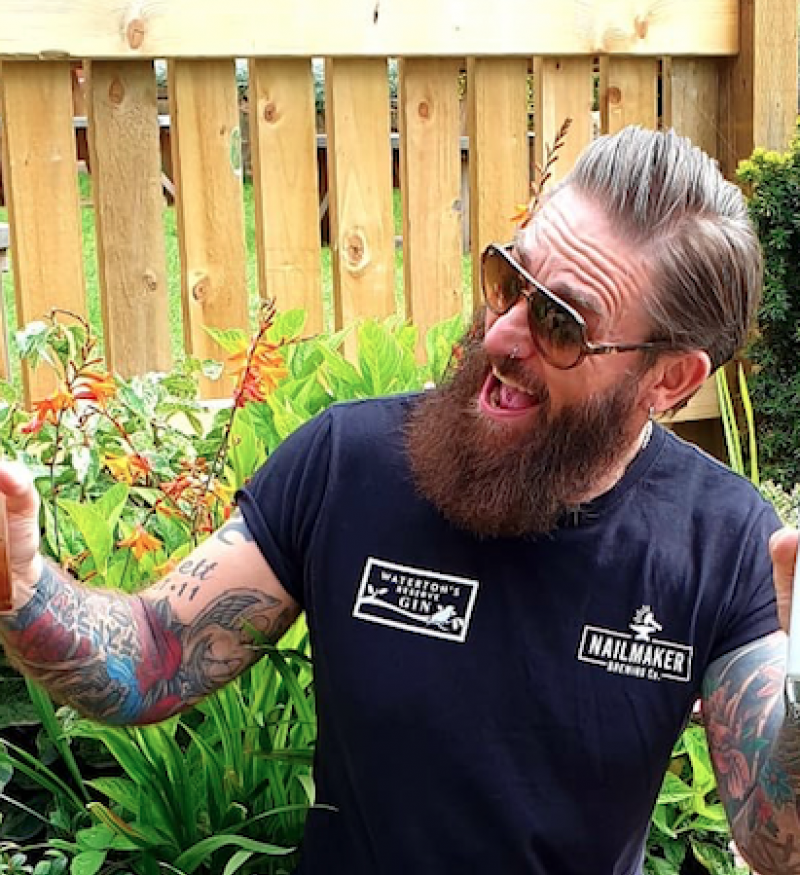 A ROYSTON man is prepared to ditch his five-year-old beard in a bid to raise funds for a charity close to his heart.

Robin Hall, of Cross Lane, has raised more than £1,300 for Barnsley Hospice by shaving his hair and beard at the end of the month.

The 46 year-old, who works at The Wentworth Arms in Mapplewell, was inspired to fundraise after his mother was diagnosed with cancer ten years ago.

He said: “The work that Barnsley Hospice does is unbelievable, and it’s a charity that is close to my heart.

“I’m a local lad and so I think it’s important to support local charities who could be struggling through this pandemic.

“I’ve been thinking about ways to get involved throughout lockdown and thought that now would be best time to show my support for charities who need it.”

Robin posted his fundraiser onto his Facebook page, where he received more than £1,000 in donations in under two days.

“Since I started the fundraiser, in a matter of days I’d raised more than £1,000 which is incredibly touching.

“I’m overwhelmed with people’s kindness and generosity, especially this year.

“Maybe it’s that my friends and neighbours want me to look a bit silly without a beard but either way I’m thrilled with the response.

“My initial target was £1,500 but it looks like I might have to push this because of how well it’s doing.

“I’m looking to do the head and beard shave in the last week in August, but I’ve not made an official date yet.

“I can’t thank people enough for their donations and I’m overwhelmed that I can give this money to a worthy local cause.”