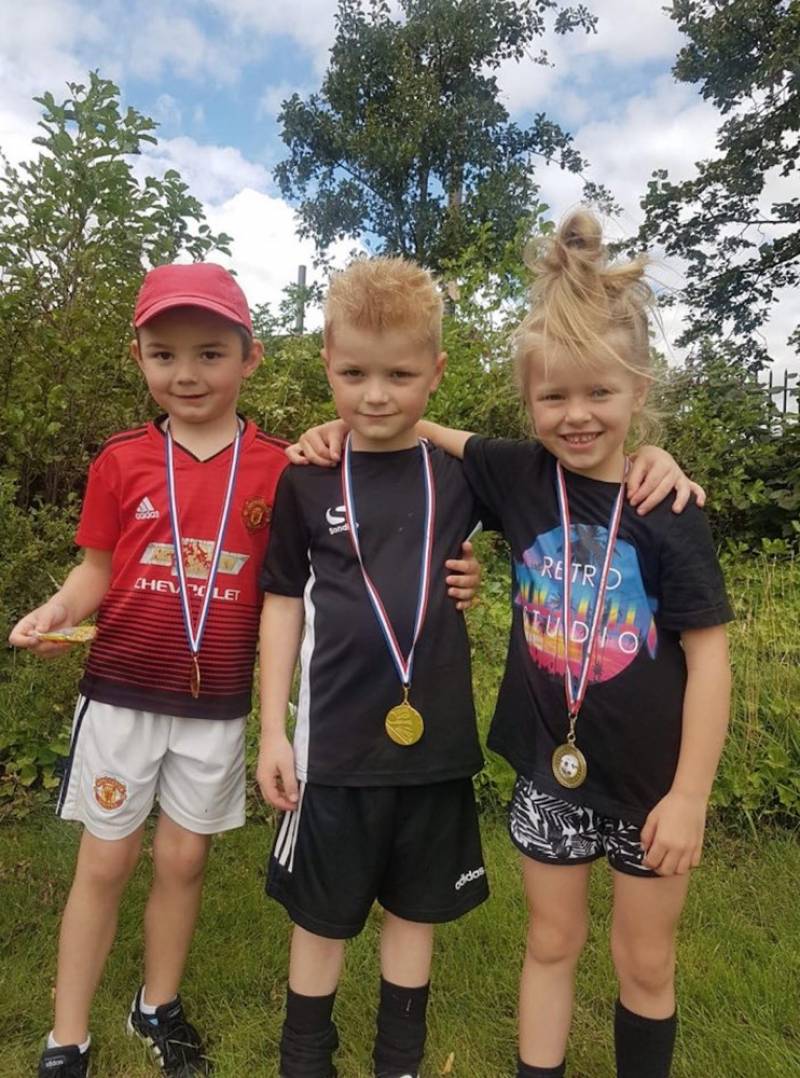 Dearne Dragons’ under-seven team have been training since February but were without a kit as they were finding it difficult to gain a sponsor, leading them to try and raise the £300 needed themselves.

Becki Gomersall, 32, from Thurnscoe, attended the event as her six-year-old son Jacob plays for the club, which is trained by her husband, Adam.

She said: “The day went absolutely brilliantly and we raised £984 in total which was fantastic.

“It was the first time a lot of the kids had seen each other in months as well due to the lockdown so I know they enjoyed it too.

“There was a tuck shop as well as football cards and then obviously the penalty shoot-out – all the children took it in turns to go in goal and then whoever scored the most and saved the most also received a prize.”

The team originally needed to raise £300 to ensure they were ready for the start of the new season in September, lockdown-dependant, but they raised more than triple that meaning the team are now able to take the children on an adventure day out.

“I couldn’t believe how much we raised, we absolutely smashed the original target that we set ourselves,” she added.

“It all adds together and now we’ve managed to raise this much we’re going to buy the kit, a new training top and then take the kids on a day out as well.”