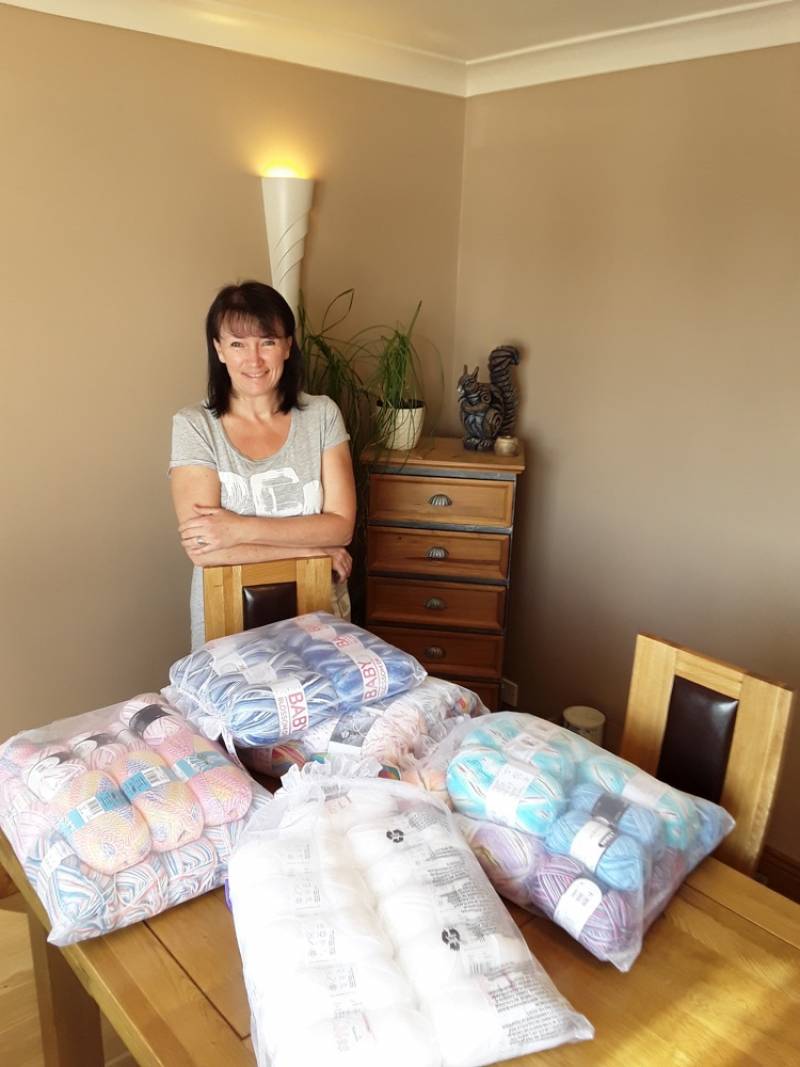 THE founder of a local knitting group is celebrating after helping send 5,000 mask extenders to Great Ormond Street Hospital.

Since then the group has grown and Sheryll estimates there are now more than 230 knitters in the group.

Together they make knitted items for hospitals and charities, but have branched out to make face mask extenders to help key workers during the pandemic.

The group began making the extenders in April and Sheryll reached out to hospitals across the country to see if they would like any of their creations.

A member of staff from Great Ormond Street Hospital, London contacted Sheryll, and asked the group to make mask extenders for its 5,000 workers.

In three weeks, Sheryll and the team of knitters have created the extenders which have since been sent to the children’s hospital.

“I knew we could do them quite quickly,” said Sheryll, 54. “I can sit on an evening and create about three in an hour so with all the knitters, we were able to get the amount done in a relatively short space of time.”

A group of biker couriers transported the equipment to the capital, where they will help ease mask pain of hardworking doctors and nurses.

“I am really proud,” added Sheryll. “To think a small piece of Barnsley will be in London is such a nice feeling.

“I made the group to help the premature babies, and now we are helping NHS workers during a really difficult time.”

The group also creates mask extenders for care homes across the borough, and while undertaking this mammoth task, Sheryll estimates that she has used around 48,000 buttons.

“We have been fortunate that people have been donating buttons otherwise I don’t know what I would have done,” she said. “I’d like to thank anyone who donated buttons or yarn because they have helped us to keep going during the pandemic and provide all the mask extenders to frontline staff.”