What a bleeping find by metal detectorist 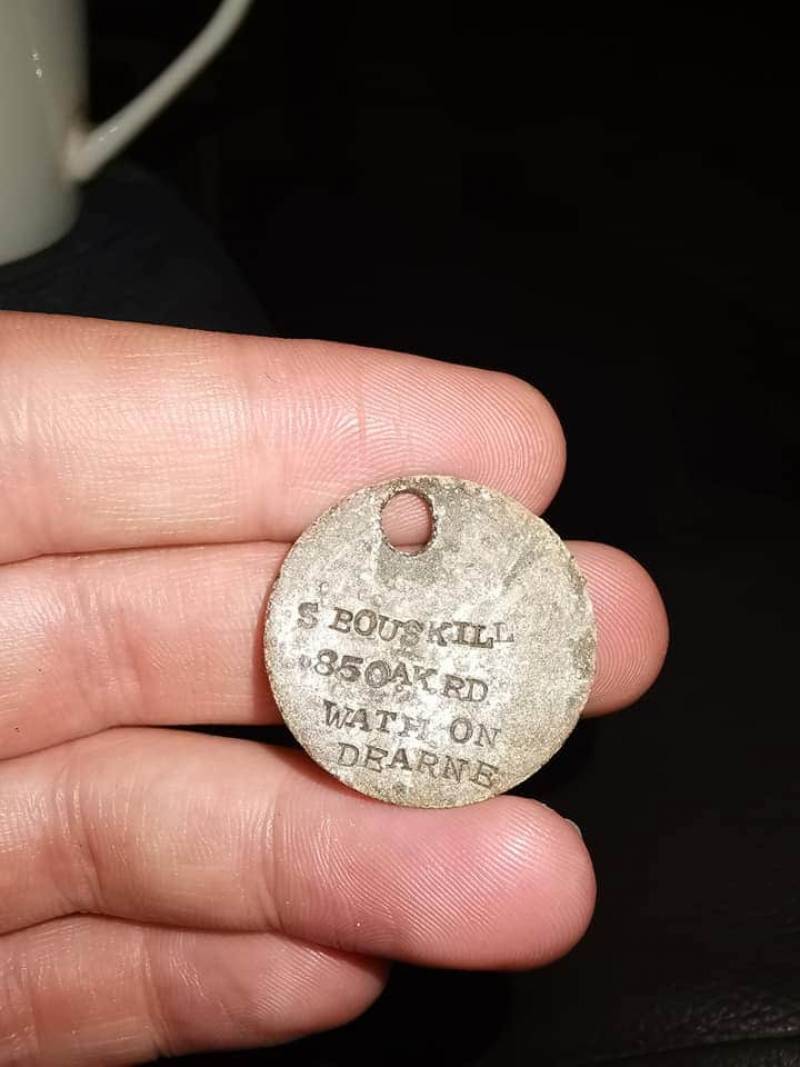 A METAL detectorist unearthed a tail from the past when he discovered the tag from a dog collar on a field near the old Swinton and Wath racecourse.

A good clean and polish revealed the name of the pooch, Blackie, and its owner, Samuel Bouskill, as well as an address and Andrew Allen then turned to social media in a bid to find out more.

Now Andrew, from Swinton, has been able to reunite the meaningful family memento with Samuel’s granddaughter Jayne Bouskill, of Wath.

Samuel, who died aged 86 in 1988 when Jayne was 19, worked at Wath Main Colliery before becoming a gamekeeper after retiring as a miner.

His patch included the land close to Wentworth Woodhouse which hosted horse racing in the 19th century.

“I found out about Andrew’s discovery through Facebook, because a lot of people I know in Wath were talking about his post mentioning my grandfather,” explained Jayne.

“It’s been a lovely distraction from everything that’s going on in the world at the moment. It’s sparked some happy memories and there have been some really nice comments about both my grandfather and father.

“My dad Sam, who was also 86 when he died in 2013, also worked at Wath Main pit. Both of them were characters and quite well known in the area.

“My dad’s brother Bill was one of the ‘Ten Pound Poms’ who emigrated to Australia in the sixties and I have two cousins, Susan and Michelle, out there.

“They have both been following and enjoying all the the stories about our grandfather, and it’s nice to think of him happily roaming the land with his faithful gun dog Blackie, who was a black labrador.

“People have also been mentioning my father and my uncle Bill, who I have discovered was a big scooter fan and a keen member of a Lambretta group, something I didn’t know before.

“We’re grateful to Andrew for going to so much effort, firstly in cleaning up the tag, then in taking the trouble to try and track us down.”

Andrew, whose discovery of Roman-era pottery in his garden led to a full-scale archaeological dig in 2014, said: “It’s not often I get to reunite something with the family of the person who lost it. They’re usually more than a thousand years departed!

“The name tag was among a number of finds on one of the fields I like to detect, and when I got chance to take a closer look at my haul, I noticed the engraving.

“I decided to see if I could trace a relative to find out a little bit more about Samuel and Blackie, and it’s amazing what you can find out through social media.”