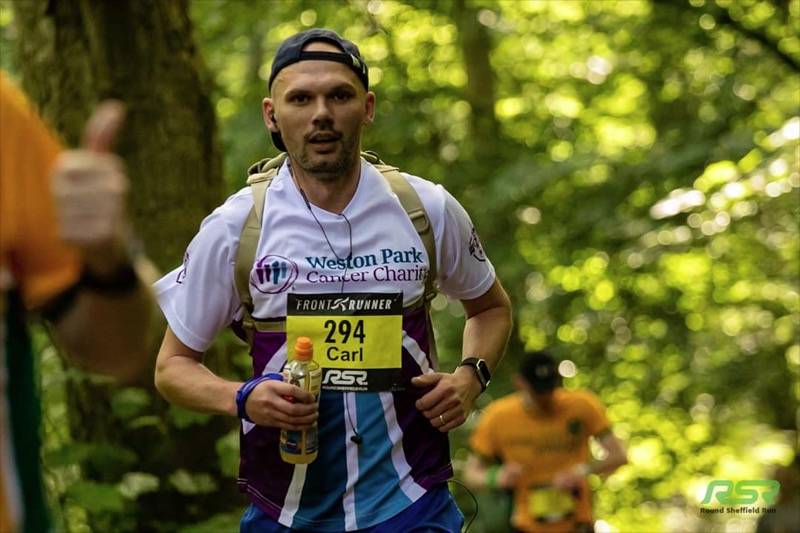 AN ambulance worker and father-of-three who’s raised thousands for the charity that helped his step-father recover from cancer has been nominated for a Proud of Barnsley award.

Also a coach and committee member with Dearne and District Football Club – where he’s described as a ‘machine’ – Carl has managed to juggle his roles with the Yorkshire Ambulance Service, the club and his fundraising, all of which have been affected by the Covid-19 outbreak.

“I’ve never had any intentions of getting any sort of personal recognition,” said Carl. “It’s something I wanted to do for them, because I’m in a position where I can do it.

“They were really good with my step-dad.

“He’s doing well at the minute, but I’ve carried on doing little bits.

“They’re still constantly in touch with him, and they’ve built a good relationship with him since 2018 when he started his treatment.

“We’ve all got a good relationship with the staff there now.

“It’s not a nice place to be in terms of why you’re there. I always dreaded going, but then I went to visit him and the nurses and support workers give it a buzz. It’s quite an uplifting atmosphere, everyone’s positive.”

Despite having a number of events cancelled, Carl – whose stepfather Steven Murphy was treated at Weston Park – has found ways to continue fundraising even as his workload has increased following the coronavirus outbreak.

This has seen him get club members, and players from his under-13s team, involved.

Last month he oversaw some of the lads raise more than £1,000 cycling around local football stadiums, and he’s set players weekly challenges while the club couldn’t hold training sessions.

Carl estimates he’s probably had a hand in raising around £13,000, including activities he hasn’t directly taken part in.

“I’ve found a lot of people want to do things, but don’t know how best to go about it,” he added.

“So, I try to take their ideas and support them.”

Dearne and District FC chairman Antonio Jamasb said: “Even during lockdown, he’s still been doing the Weston Park stuff and trying to get the message out there, getting the kids involved.

“He’s managed to juggle that with football. He’s just a machine.

“When they said we could train again, he was all over that, making sure things are done the right way.”