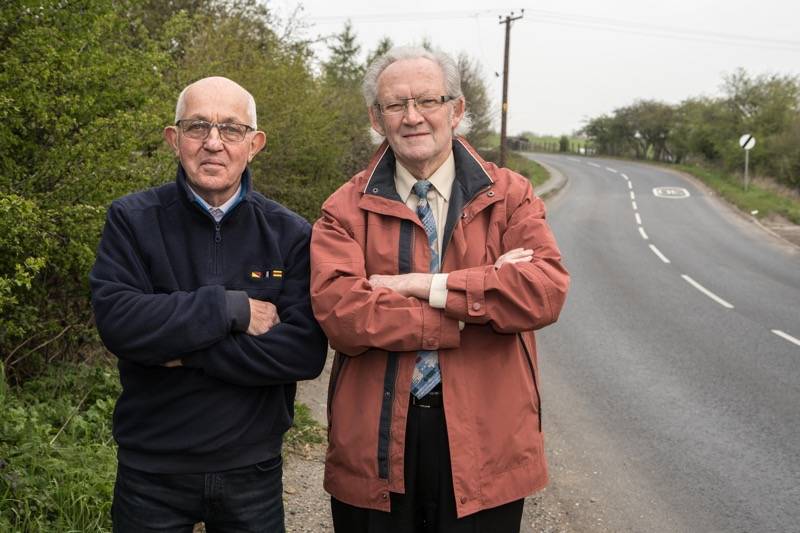 LONG-RUNNING calls for action to be taken on a ‘dangerous’ road have finally been answered – after a speed indicator was installed following ‘years’ of complaints.

Dog Hill and adjoining Sandy Bridge Lane in Shafton have been the subject of multiple site visits in the last two years, following complaints raised by parish councillors.

Council highways bosses ruled out any remedial works to solve a ‘high crash rate’ according to locals, but instead resurfaced the stretch.

But now a speed indicator has been erected by local police – something which has been well-received by campaigners who claimed their voices were not being listened to.

Dave North, who chairs both Shafton Parish Council and the local crime and safety group, said: “We’ve been asking for action for a long time and have even had meetings with Barnsley Council on Dog Hill and Sandy Bridge Lane to express our concerns.

“Unfortunately we’ve had what seem like weekly collisions and near misses for a long time, yet no-one has wanted to do anything about it.

“Everything we asked for had been rejected so we’re thrilled this is now in place.

“It’s all speed-related there and you often see people doing double the 30mph limit.

“The road is frequently used as a shortcut for motorists to get onto the Cudworth bypass or into West Yorkshire.

“We have Shafton Primary Academy near and Outwood Academy closeby, so motorists need to watch their speed.

“We will keep pushing for traffic-calming measures but at the end of the day the responsibility lies with the motorist.

“The road is not a race track.”

Police also confirmed more speed checks will be carried out on Dog Hill but Sandy Bridge Lane – which goes into a 60mph limit – has been ruled out because of its poor vantage points and higher speed.

“Sandy Bridge Lane if anything is even worse than Dog Hill,” Dave added. “It’s out of the way and the amount of collisions there’s been over the years is frightening.

“We still want action there, too, but this speed indicator advice is at long last a step in the right direction and everyone’s very grateful to the police for it.”

“We want to tackle the issues that mean the most to our communities alongside our day-to-day work of disrupting and denying criminals the use of our road network,” he said.

“Since we have been gathering views, we have implemented a dedicated traffic car that patrols identified hotspot areas, carried out regular operations in partnership with the DVSA and partners and also held our first Operation Duxford, which focused on speeding.

“We are working hard to tackle their concerns and make local roads safer.

“Speed limits are there for a reason, no matter how many cars or vehicles are on the road.”