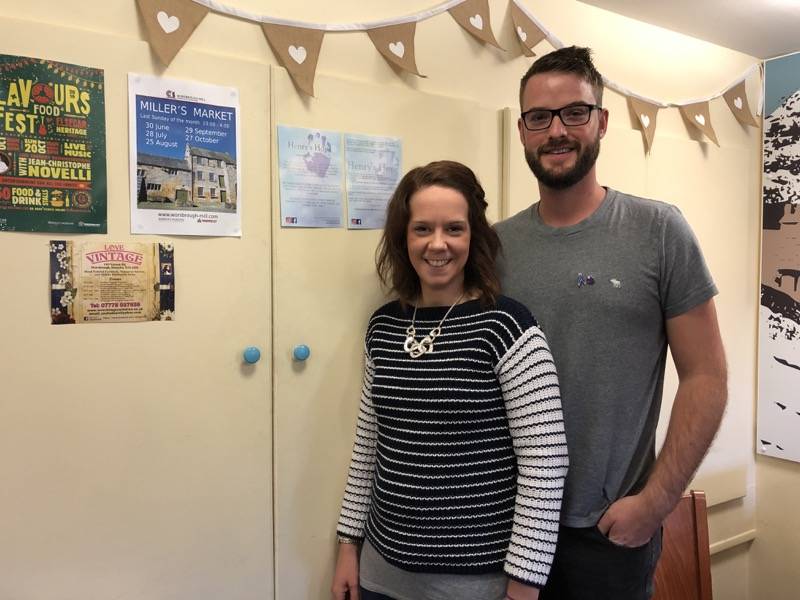 A CHARITY that provides support for the grieving parents of young children across the borough has been nominated for a Proud of Barnsley award in the charity of the year category.

Henry’s Hope, created last September by Bethany and her husband Andy, was set up to help support families following the loss of their son Henry, who died after complications during his birth in March 2017.

Bethany Pocock, 31, of Monk Bretton said: “We started the charity last September in memory of our son Henry who we lost three years ago.

“Our aim is to support bereaved families and we hold different kinds of support groups every month to those who need it most.

Bethany’s husband, 32-year-old Andy Pocock, has been travelling to Barnsley Hospital in a bid to get a keepsake for families who are currently grieving.

“Andy’s been going to the hospital as of late to get hand and feet casts of the children so that the families can have a bit of a keepsake – all free of charge of course,” Bethany added.

“He recently completed the three peaks challenge as well to raise some money for the charity which was fantastic.

“I’m also trying to get in contact with libraries to make baby loss books more accessible for everyone, though we do loan out books to those who need them ourselves.”

Due to lockdown, the face-to-face meetings have stopped, but the charity took to online resource Zoom to make sure families still got the support they needed.

“Obviously since lockdown we’ve had to stop the meetings in person, but we’ve still being doing it over Zoom which is working well so far,” she added.

“Fundraising has stopped as well but we’re definitely looking at things we can do in the future to raise some more money and awareness.”