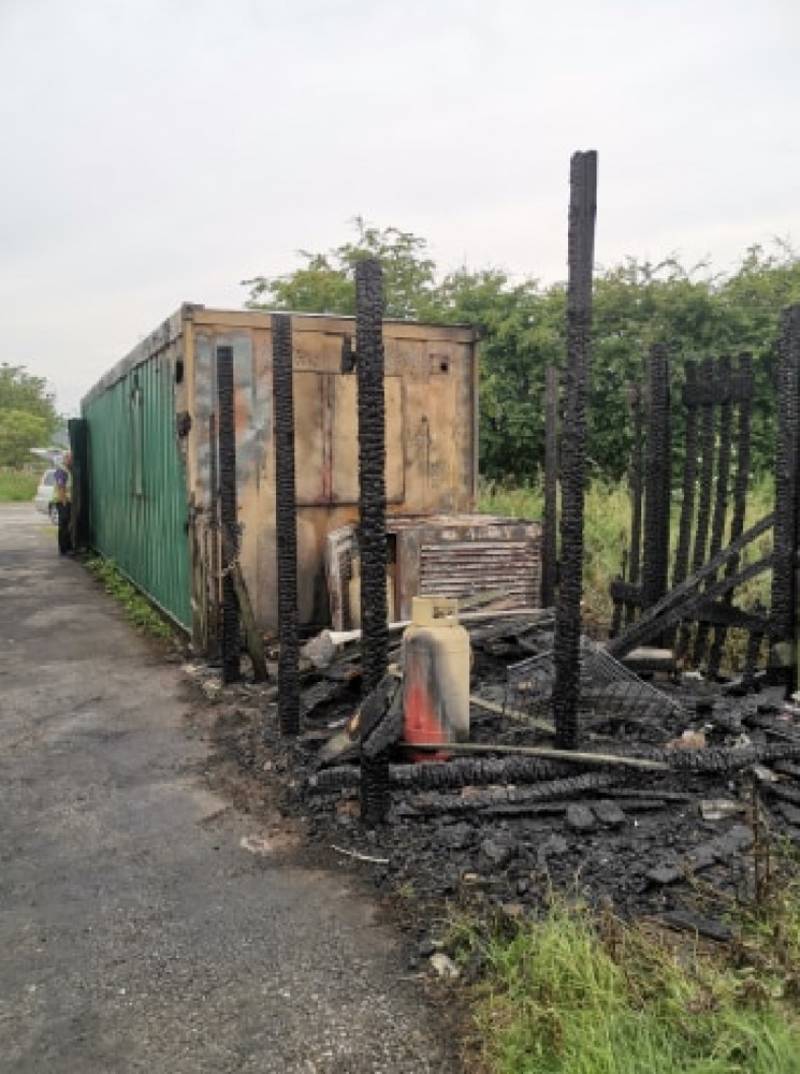 A FUNDRAISER has been set up to help support a cafe which was subjected to an arson attack last Thursday night.

The Taylor Made Cafe, situated on Wakefield Road, has been in business for around ten years but last week its owner, Stuart Taylor, saw his cafe burn to the ground.

Mike Hall, 29, of Carr Furlong in Athersley, regularly attended the cafe on his way to work and he saw first-hand the destruction that had been caused by the arsonists.

He told the Chronicle: “I always call in there to get some grub but this time when I was walking up I could see some black dust on the floor which is when I saw that the outhouse had burnt down, but it wasn’t until I walked up further that I saw the whole cafe had been alight.

“I know Stuart who owns it – you could see how devastated he was, he’d just started to get the ball rolling and get some regular customers in and now this has happened.

“Due to the location of his cafe he wasn’t able to feasibly get any insurance for it, so anything that was inside he now has to pay for – that’s why I decided to set up the fundraiser.”

Mike set up the Go Fund Me page last Friday, and he managed to raise hundreds within the first few days – though he is hoping to raise around £2,000 to help Stuart’s business.

“There’s been a pretty good response to the fundraiser so far and the we had a great first couple of days,” Mike added.

“We’re determined to get him back and obviously any sort of publicity we can get to help is great.”