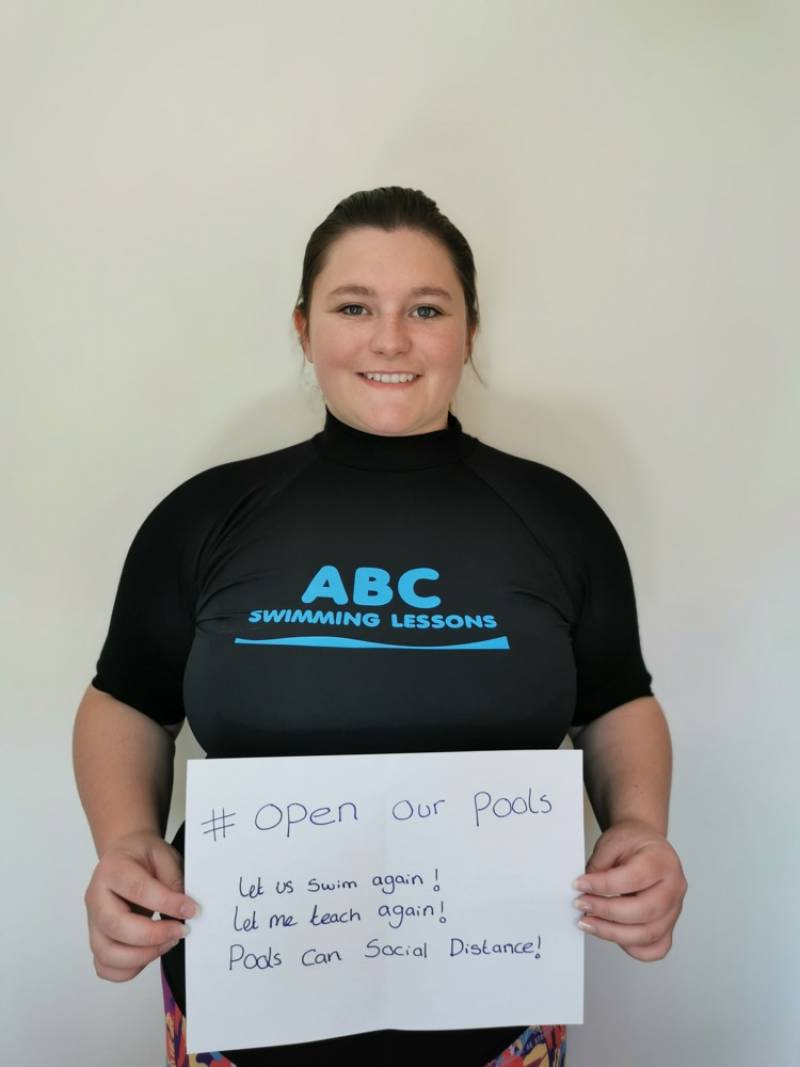 A SWIMMING instructor from Barnsley has been left frustrated following the announcement that pools will not be reopening – despite the original date being set for July 4.

Rebecca Garwood, 23, of New Road in Staincross, has been running her own swimming business for the past six years, but feels that government ministers have left them in the dark in comparison to other leisure industries.

She said: “The government had originally planned to let us reopen the pools on July 4, just like everyone else, but they’ve changed their minds and now we’ve been left in the dark with no set date for the reopening.

“We’ve been left stranded with no income, and no-one is telling us what’s going to happen – everyone’s so deflated.

“I think the whole reason pubs have been allowed to reopen and we haven’t is because of the greater economical boosts the pub industry will bring.”

Rebecca says that pools across the country are all set to reopen, and they have been since last month when they were given guidelines on how to operate the pools safely.

“We can put social distancing measures in place really easily, that’s not the problem at all,” she added.

“We’ve had clients that are dying to come back, and when they found out they weren’t able to they were really disheartened.

“The industry is now lost, confused, scared and angry – there’s no reason why pools should remain closed.”

Simon Ferrarelli, the corporate manager at Barnsley Premier Leisure (BPL), showed his support for the reopening of swimming pools in a letter sent by Swim England to the government.