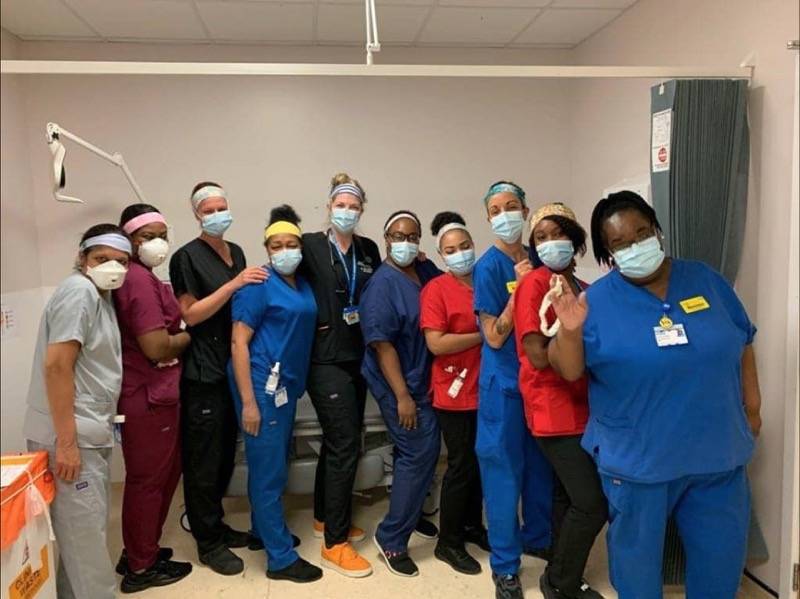 A BARNSLEY group who have delivered nearly 5,000 PPE headbands to NHS staff across the country have been nominated for a Proud of Barnsley award in the community group category.

The ‘Help Our Keyworkers, South Yorkshire’ page was started by 34-year-old Linzi Adams, of John Street in Great Houghton, back in April – with the original idea being to just help her cousins out with some protective equipment, but due to high demand, Linzi and the group carried on throughout lockdown.

She said: “We’ve done a lot of headbands over the past few weeks and we gave away another 200 yesterday to a care home so it’s clear that people are still in need of them.

“There are nearly 600 people in the Facebook group, and they range from people who have been donating to us, our volunteers and people who have asked for the headbands – we have around 15 people working on the sewing side of things.”

What was supposed to be a Barnsley-based project has turned into a nationwide scheme, with Linzi receiving requests from all across the country.

“We’ve had requests from all across the country, it’s not just Great Houghton anymore,” Linzi added.

“Headbands have gone absolutely everywhere, to places like York and London – a hospital in the capital requested some as well so we sent quite a few out there – they were really grateful of that.

“We also sent around 600 across Yorkshire to Mencap as they were also in need.”

Upon hearing of the group’s Proud of Barnsley nomination, Linzi was overwhelmed and applauded the community spirit within the group.

“Everyone has been helping out each other loads, there’s been a lot of community spirit,” she said.