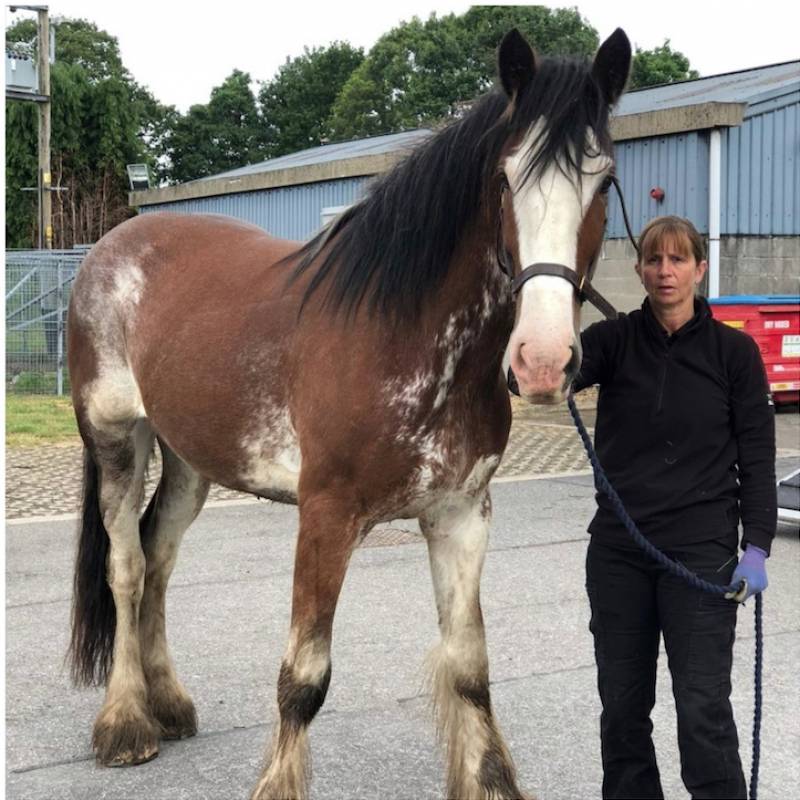 SOUTH Yorkshire Police have welcomed a new addition to the team – a new horse called Henry.

Henry arrived at Ring Farm, Cudworth, on June 8 after passing his vetting and health check.

Despite being a new addition to the team, Henry has already been on patrol in Cudworth.

PC Julie Bradshaw said: “He is very sweet and loves attention, something he will be spoilt with on our farm.

“Being only five years old, he is very green – meaning he hasn’t done much in his riding education. While with us he will be exposed to a whole new world of things he has never seen before.

“He has already shown that he is inquisitive and suspicious of new things, which is great for a potential police horse.

“We are looking forward to teaching him new skills and seeing how he progresses.”

Henry is on a four-week trial with the team, if he passes his training he will join the mounted department within the police.