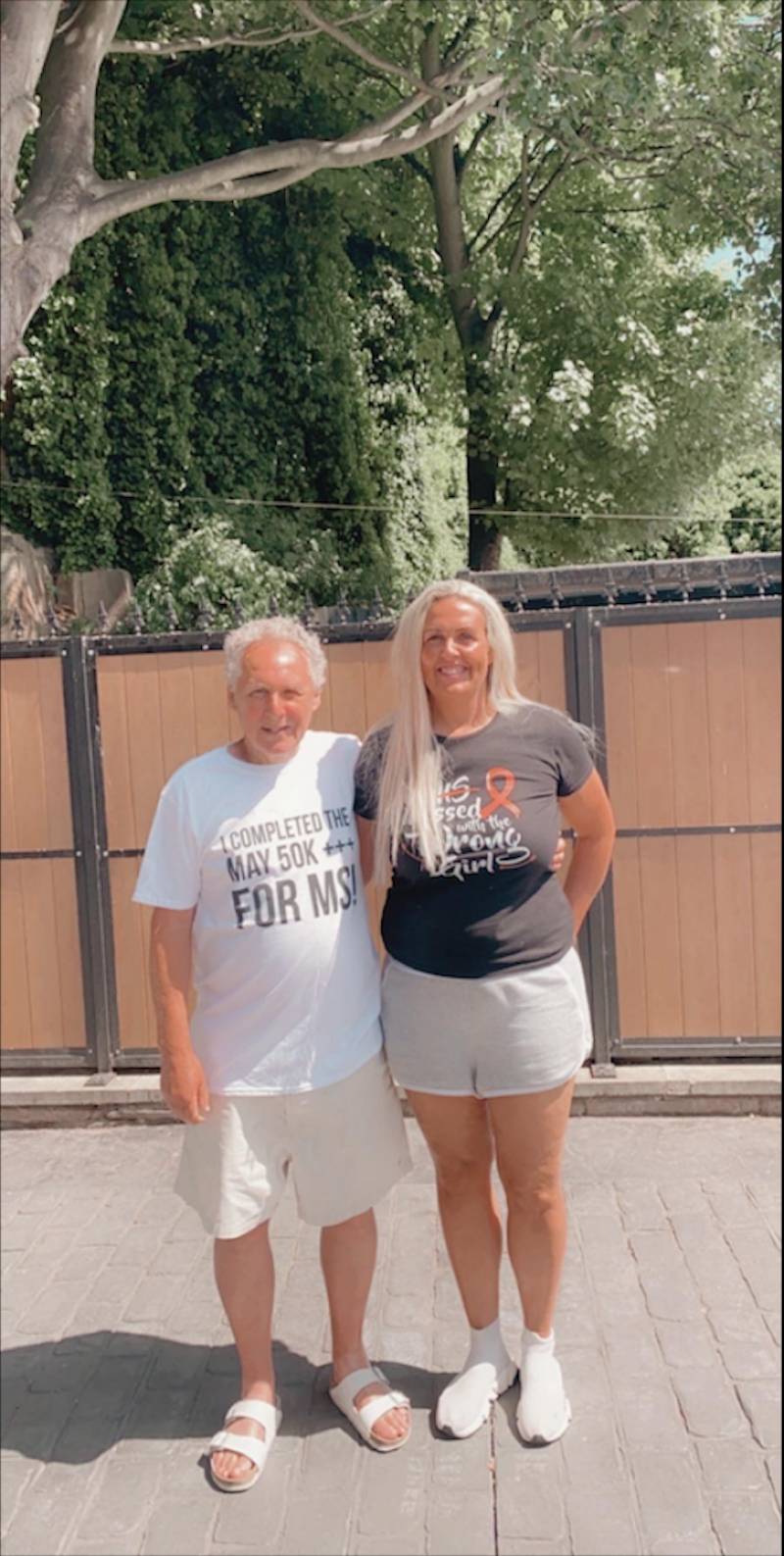 A PENSIONER walked 500 kilometres in one month for multiple sclerosis awareness in honour of his daughter who has the disease.

Peter Schofield, from Yews Lane in Worsbrough Dale, raised more than £1,800 for the MS International Federation.

The 66-year-old, who finished his challenge on Sunday, was inspired by his daughter Melanie, 41, who was diagnosed in 2017.

Multiple sclerosis affects the brain and spinal cord which can cause life-changing differences in a person’s life.

“I was diagnosed with this out of the blue when I turned 39, and it took us all by surprise,” Melanie said.

“That’s what inspired my dad to want to get involved and take part in the challenge, as it’s a charity that’s close to our hearts.

“My husband said that whatever my dad raises, he’ll double it – which we’ll definitely be following through on.”

This is Peter’s first fundraising challenge, and he has never taken on such a physical challenge before.

“He’s done brilliantly, and last weekend he finally completed the 500km challenge after many struggles,” she added.

“Unfortunately now he’s got a really painful ankle, and he found the last few walks incredibly tough, but he’s pushed through.

“People have been reaching out and offering to walk with him to help along, it’s really been a group effort at times.

“I volunteered to walk the last few miles with him last Sunday to see him over the finish line.

“I’m so proud of him, and the rest of my family who have got involved in raising these funds.”

Peter and his family have exceeded their initial target in only a couple of days.

“At first, we set the target at £250, and thanks to people’s generosity this has continued to increase.

“My dad has now raised more than £1,800 which we could have never even imagined.

“We’ve seen a lot of different local charities get support and backing during the lockdown, but not a lot of people have raised funds for MS treatment.

“We can’t thank everybody enough for getting behind him and smashing our target and the support throughout the challenge has been fantastic.”

To donate to Peter’s fundraiser, visit the ‘Kiss Goodbye to MS’ website.