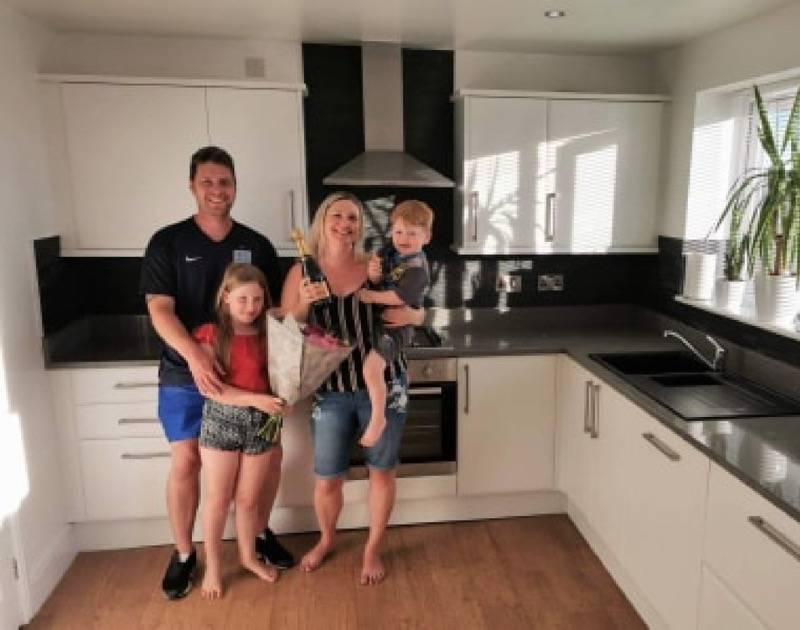 A LOCAL home improvement company has raised more than £1,000 for a young boy who is fighting against stage four neuroblastoma after raffling off the chance to win a new kitchen worktop.

Oliver Stephenson, four, is undergoing gruelling intensive chemotherapy sessions but, once he goes into remission, there is still a 60 per cent chance the disease will return.

His family are trying to raise £230,000 for Oliver to have pioneering treatment in America which involves repeated trips for injections to make sure that the cancer does not come back.

To help raise money for the cause, Phoenix Worktops were selling the raffle tickets at £10 per entry, although many decided that they would donate to the cause without being entered.

Katie Moxon, 39, of St John’s Road in Cudworth, is married to the owner of the company and is a friend of Oliver’s mum, Laura.

She said: “I know Oliver’s mum quite well so we decided that we wanted to do something for the campaign.

“I work in the NHS so there’s very limited things for what I could do, but with my husband having his own business we realised that he would be able to raffle off a worktop.

“We’ve had cancer hit our family before so it really hit home when we heard about Oliver’s story.”

Katie, and her husband Andy, were offering a chance to win a new kitchen worktop worth more than £2,000 – but Katie admits a few people thought the competition was too good to be true.

“It was quite a slow start in terms of fundraising but it did quickly pick up.

“I think a lot of people thought that what we were doing was fake, like it was too good to be true.

“We started to get a bit of traction a little later down the line and we were fundraising throughout the whole of March.

“A total of £1,035 was raised and all of that went to the charity because it’s more important to them than it is to us.”

If you wish to donate to Oliver’s Journey, follow the link here.