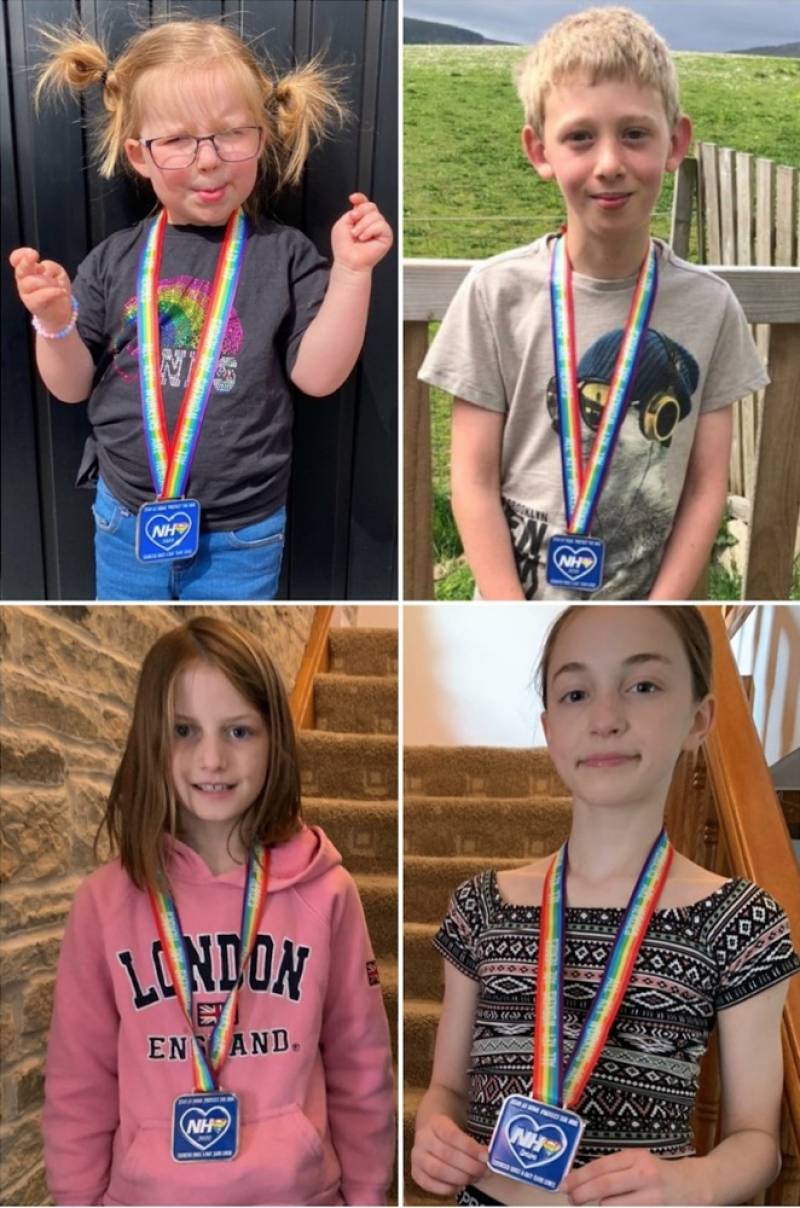 YOUNGSTERS from Barnsley have raised £1,400 for the NHS after completing the 5/7/48 challenge last month.

Cousins Isla Darby, 12, Jessica Darby, eight, Morgan Shand, ten, and Millie Briggs, three, all took part in a bid to raise money for the charity as some of the children have strong links to the NHS.

Vicky Parkinson, 33, the kids’ auntie, said: “All had little challenges that they had to do, five of one, seven of another, and then 48 of a final activity.

“They were all in a WhatsApp group where they shared the progress they were making with each other by posting videos and photos of the challenges they were doing.

“My nieces and nephew managed to raise over £1,400 for the charity which is a brilliant achievement – 700 per cent more than they originally planned.”

Morgan has been unable to see his mum as she currently works for the NHS, so she didn’t want to run the risk of infecting her family – but this didn’t stop him as he managed to complete his challenges twice.

“Morgan’s mum works for the NHS, and he’s not seen her recently because she’s been living with her boyfriend to keep him safe and, something which he has found hard, but he did really well in completing the challenges he was set,” Vicky added.

“Millie is only three but she does understand what she was doing even though she’s only young – she took everything she did in her stride, as did Jessica and Isla.

“They are grateful for each and every one of the generous donations that they have received and they want to say thank you.”

If you wish to donate to the children’s efforts, click here.