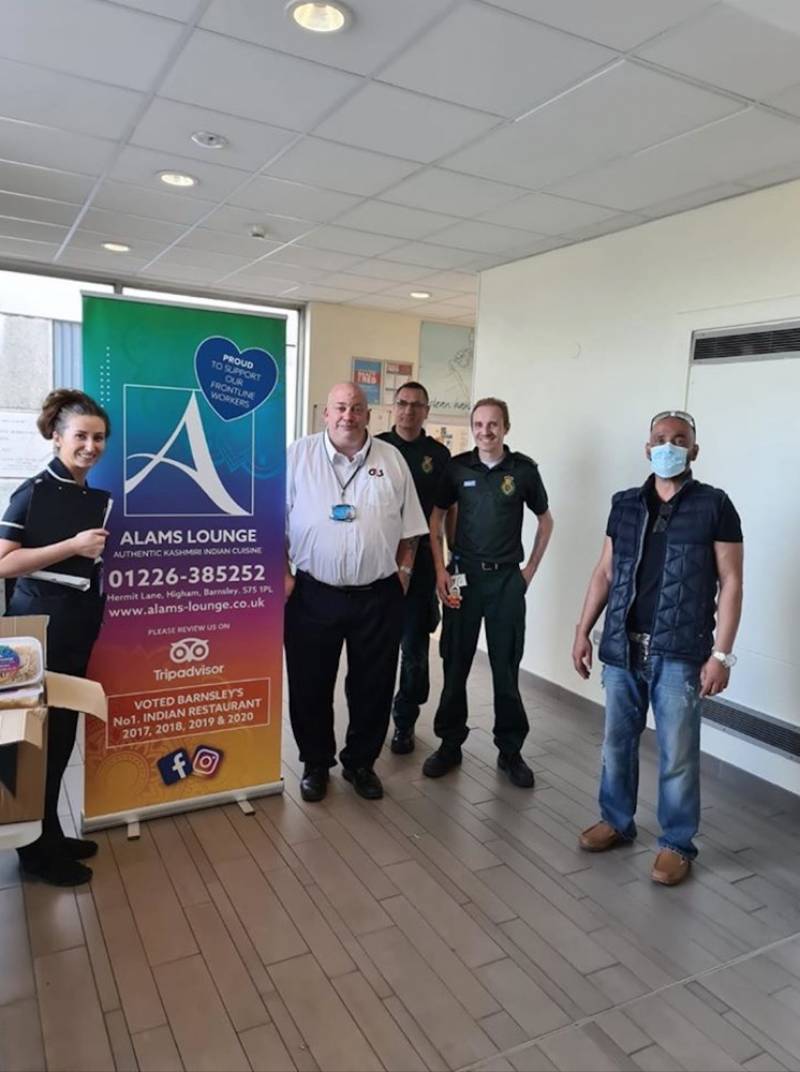 A LOCAL restaurant that has been delivering meals to Barnsley Hospital during lockdown has recently reached a milestone in their donations.

Alam’s Lounge’s staff, in Higham, have been donating the meals for the past three months and delivered their 2,000th meal last week.

Abbey Khan, manager of the Indian restaurant, said: “We’ve been donating meals week in week out to the NHS even though we’ve lost 50 per cent of our business due to government restrictions.

“We wanted to keep on doing our bit for humanity and for the people of Barnsley, and we’re really proud of delivering that meal because it’s a massive milestone.

“We’re looking to support care homes and other frontline workers in the coming weeks as well because we also want to thank them for the hard work they’re putting in.”

Abbey admits that the work they’re doing has received a great response, but he’s calling on the people of the town to help support local businesses, like his, during the pandemic.

“The response we’ve got from people has been brilliant, we’ve had coverage from the BBC and things like that which is great,” he added.

“Everyone is struggling at the minute and to be honest with you we’re no different – it can be a lonely place to be and my uncle recently passed away, but you’ve just got to keep going and we’re doing that by saying thank you to the NHS.

“I would like Barnsley to support us like we have supported them through lockdown, now the measures are loosening we really need their help.”