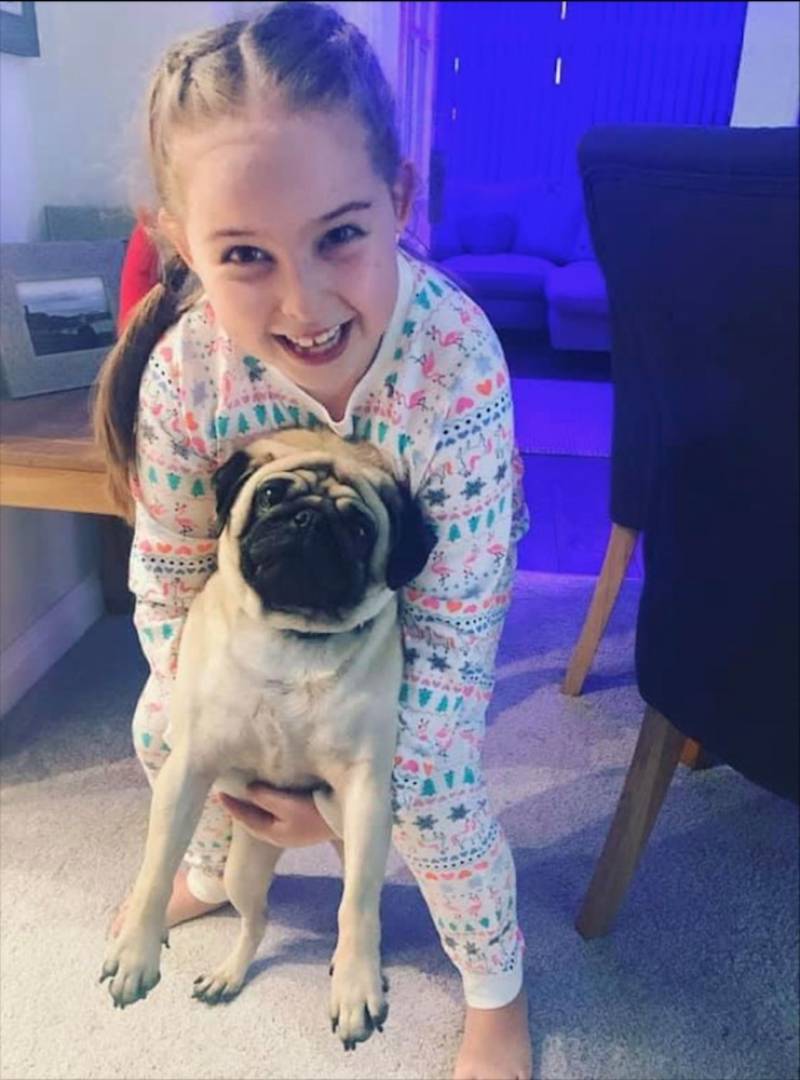 A YOUNGSTER and her beloved dog walked more than five miles along the Trans Pennine Trail to raise nearly £1,000 for the charity that changed her life.

In 2012, Layla had to have open-heart surgery and was supported by the charity, who explained the procedure and helped with her recovery.

The nine-year-old has taken on the 2.6 Challenge for the team, where people are encouraged to complete a task involving the numbers two and six.

Adele Reid, Layla’s mum, said: “Layla had heard that the Children’s Heart Federation was struggling to continue during the outbreak and knew that she had to do something to help.

“She was adamant about bringing our pug Olly along with her to keep her company, and they did amazingly well.”

Adele believes that the charity helped to change Layla’s life.

“She’s old enough now to understand what happened to her when she was younger and she’s aware of what’s going on in the world around her at the moment.

“It’s a charity that is close to all of our hearts. They were amazing with Layla when she had to have open heart surgery in 2012.

“They supported us with accommodation during that awful time, supplied her with her favourite toys and reassured us as a family when times were tough.”

Layla has exceeded her modest £26 target, and has currently raised more than £950.

“Layla set her target at £26 which would be enough to buy a child a special doll.

“When she was in hospital we had a special doll made that had a scar put on it to highlight that she wasn’t so different to everyone else.

“That has really stuck with Layla and now she wants enough donations to buy the children a special doll that has a heart warrior scar on it too.”

Adele hopes that this challenge will bring more awareness to the service and support them through the coronavirus outbreak.

“I think the more awareness for the charity the better, they’re quite a small charity but they do life-changing work and we can’t thank them enough.

“Layla can’t believe how many people have got behind her, and she’s thrilled to have completed it with help and support of those who took the time to donate.