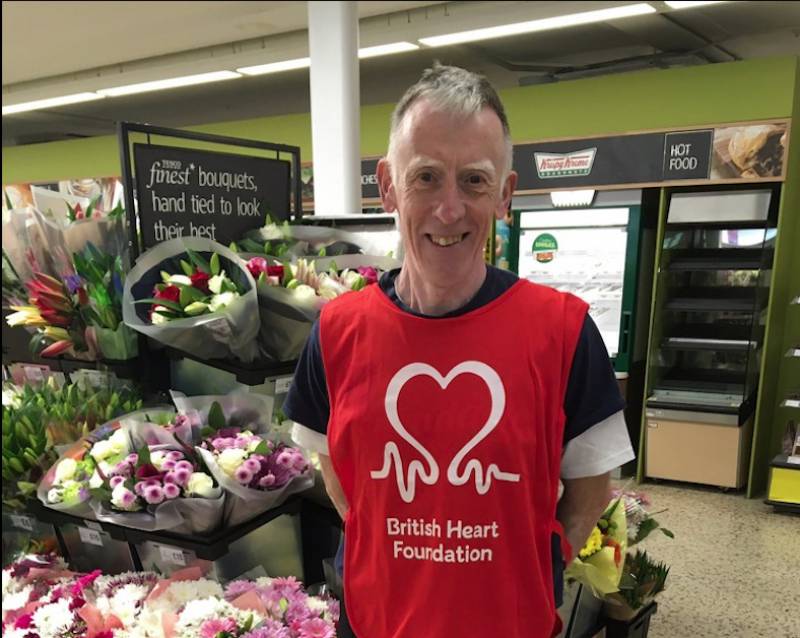 The 64-year-old celebrated his birthday on Monday by running 64 laps of the car park at Tesco at Stairfoot, where he’s worked on produce for the last 24 years.

The fitness fanatic, who has clocked up tens of thousands of miles in more than 40 years, raised more than £300 for the British Heart Foundation in the process – as colleagues and members of his running club turned out in support.

“I’ve always tried to do a bit for charity, and while a lot of attention is on the NHS, every charity needs some help at this tough stage,” said Dave, of Lundhill Road, Wombwell.

“I always try to find a race or something to do on my birthday, and I came up with this idea to run laps of the car park.

“I don’t use Strava or anything like that, but I think it was about seven or eight miles altogether.

“It seemed like a good idea at the time. It was a bit cold and breezy when I started but it warmed up later.

“I got plenty of support from colleagues and club members came to cheer me on, and a couple shouted ‘ding ding’ when it was the last lap.”

Barnsley AC runner Dave’s accolades cover more than 40 marathons – including the inaugural London Marathon – and while arthritis in his knees has slowed him down somewhat, he’s keen to get back out on the road as soon as he can.

Dave was also chosen as the first person in South Yorkshire to carry the Olympic torch in the relay ahead of the 2012 Olympic Games in London.