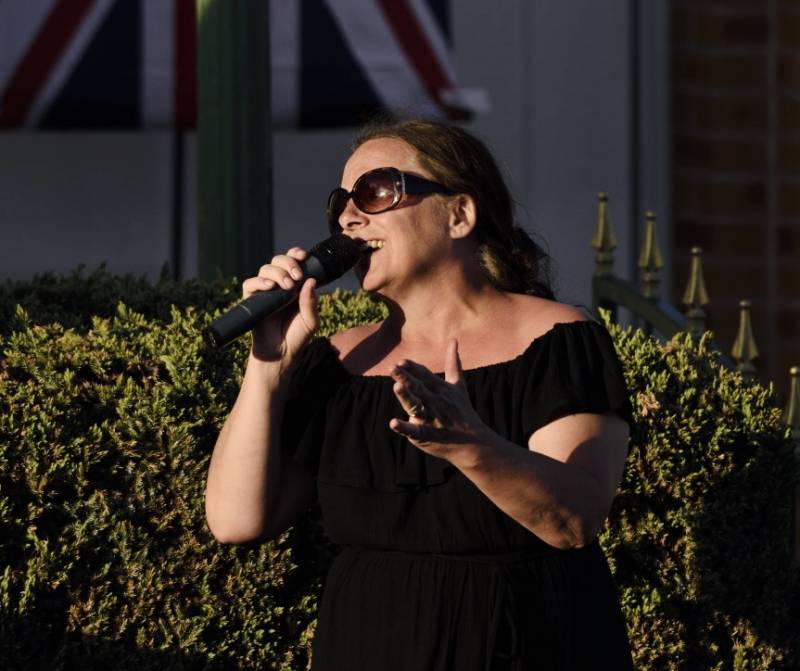 A VE Day celebration concert turned into an impromptu fundraiser for one Stairfoot street.

Betty Land-Noble, and her husband Tony organised a VE Day street party at their home on Sulby Grove, Stairfoot.

The couple each have more than 30 years’ experience performing in clubs and pubs around the town and mixed wartime songs with modern music to create a fun even for their neighbours to enjoy while social distancing.

“Tony and I perform in clubs around Barnsley and when he was younger Tony was in a band,” said Betty. “We still love to perform and planned to put on a little concert for our neighbours to help celebrate VE Day.”

When Betty's neighbour, Denise Cotney suggested that the street party could help raise money for a good cause they began fundraising to help Barnsley Hospital, and to thank the key workers for their hard work during the pandemic.

Throughout the course of the day, residents from Sulby Grove raised £210 which was donated to the hospital earlier this week.

“I was shocked with how much was raised,” said Betty. “I want to say thank you to everyone who donated and I’m just happy we helped to raise a bit of money while celebrating an important day.”