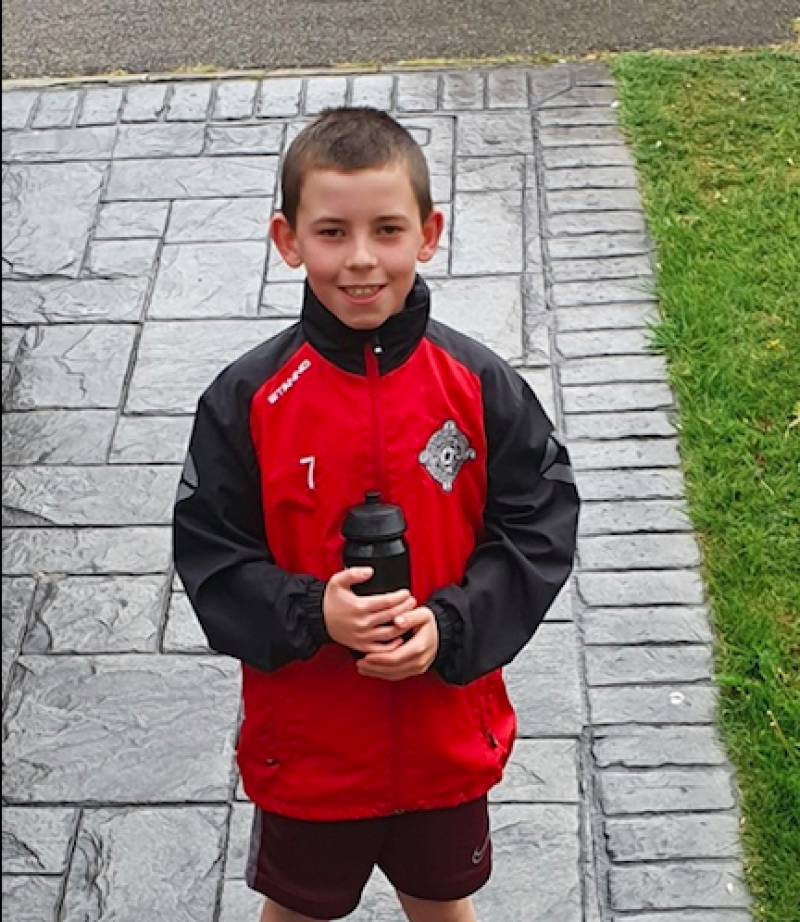 A YOUNG lad who wanted to donate his pocket money to charity has gone a step further – raising more than £1,000 after finishing a marathon in a week.

George Ibbotson, nine, took on the challenge after a chat with mum Helen and dad Andrew about how he could help other youngsters during the lockdown.

The family talked about charities George could raise the cash for, and he decided on Louie’s Pace – a campaign set up to help Louie George Wood, a seriously ill four-year-old from Mapplewell.

Helen knows Louie’s mum Jodie Morgan from school, and they had seen the local community rally to help the family.

So far, George has raised more than £1,100 after completing the 26-mile challenge last week.

Andrew, 38, of Sparkfields, said: “We gave George the choice of charities. He wanted to help kids who are struggling, and with Louie I think it was good because he could see where the money was going.

“It’s going straight to Louie. I think that’s what has kept George going, he likes to help people.

“We didn’t really expect him to raise that much – people have a lot going on at the minute, so it’s been nice to see.”

George, who plays football for Kexborough Chiefs, prepared for the challenge by running a few miles a day with his dad.

“It’s difficult for a nine-year-old,” added Andrew. “The first day he was buzzing, and the second I think he struggled a bit, but he kept going.”

Louie George was born prematurely at 28 weeks and has quadriplegic spastic cerebral palsy, periventricular leukomalacia (a type of brain injury in which cysts form on the brain) and global developmental delay.

His family, buoyed by the community around them, have since committed to raising money for his treatment and vital home adaptations.

While a walk taking on the Yorkshire three peaks this year has been postponed, Jodie said George’s efforts meant they had ‘smashed’ the £67,000 mark.