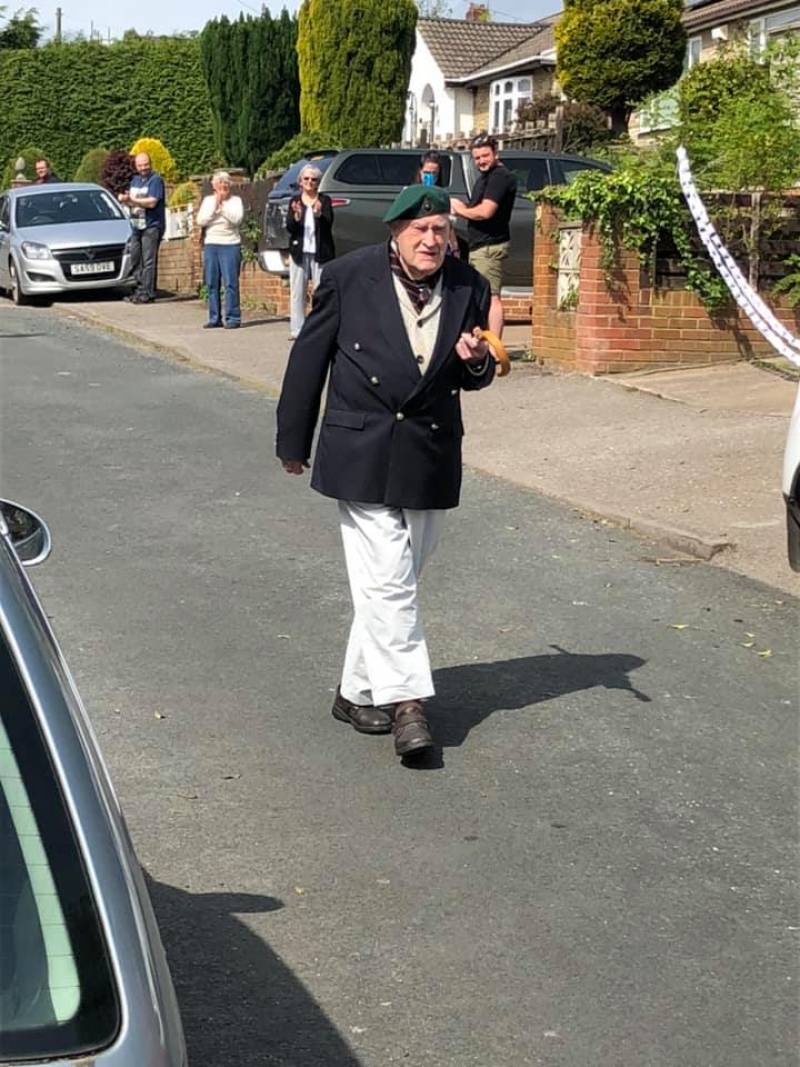 AN ENTIRE street came out in celebration of a D-Day veteran as they applauded him on VE Day.

The residents of Springbank, Darfield, applauded their neighbour Harold Bradbury, 96, a former Royal Marine Commando for his role in the Second World War.

Harold took part in the D-Day landings in June 1944 and is now the president of the Doncaster branch of the Royal Marines Association.

“We wanted to celebrate our lovely neighbour and what he has done,” said Harold’s neighbour, Barbara Collins, 73. “Everyone who could come out did and expressed our thanks to him.”

Wearing his marines beret and blazer, Harold marched down his street which Barbara said brought tears to her eyes.

“He had a fall not too long ago,” added Barbara. “So to see him marching down the street got us a little emotional.”

To celebrate VE Day, the residents of Springbank organised a street party which they enjoyed while socially distancing.

“Harold enjoyed the street party and thanked us all for making his day special,” said Barbara. “We are all really proud of him for what he has done. It’s thanks to him that we all have our freedom so that’s why we wanted to give him a little clap and a cheer.”